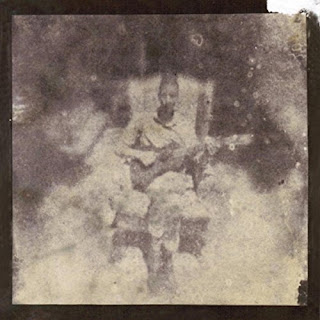 I first listened to Mason Summit a couple of years ago when I got Loud Music & Soft Drinks, an album that caught my interest in part because of the musicians supporting him, including Carl Byron and John McDuffie, two people I always love hearing. They both also play on Mason Summit’s newest release, Gunpowder Tracks, which, like his previous release, features all original material written by Mason Summit. This guy is young, but there is nothing immature about his lyrics, even when singing from a youthful perspective as in “Splatterpaint.”

He opens the new album with “Cellophane Skin,” a tune with a pleasant, relaxed vibe and a good vocal performance by Mason. “He’ll tear right through her cellophane skin/And she’ll wait until he does it again.” Mason Summit also plays electric piano on this track. He follows that with a more energetic number, “Splatterpaint,” in which he confesses “What I’m trying to say/Is that I don’t know what to say.” Both tracks are really good, but the following song, “Detour,” is one of my favorites. It’s a catchy, kind of quirky and delightful tune that makes me smile every time I listen to it. Sure, part of it is the horn, and part of it is that great work on piano. But a good deal of it is the song’s lyrics, which have an inventive playfulness. Check out the opening lines, for example: “I took a circuitous route/A lengthy commute/Around your backstory/Avoiding traffic and geographic memories/Your inventory of unseen footage/Because it’s better if I don’t know/It’s better that I go/Through the detour.” In a time of fear and misery and hatred, this song makes me truly happy. What more could I ask for?

Of course, then it’s followed by a song that begins with the line “Tonight she called and said that we were through.” “When Time Was Mine To Spend” is a song about wishing to be able to return to childhood before troubles and concerns took over our lives. I understand this idea, of course. But then again, I’m reminded that Mason Summit is only nineteen or twenty years old (depending on whether you’re looking at his Facebook page or official website), and the second line of this song is “Tomorrow the big paper is due.” Come on! You’re making me feel old. There are those among us who could write a similar song about wishing to return to one’s college days. But anyway, it’s a good song. “It seems the list of troubles never ends/I wish I was a little kid again.”

And speaking of being a child again, in “Hitting All The Reds,” Mason Summit mentions butterscotch Life Savers. I haven’t had butterscotch Life Savers in years, but those were always my favorite when I was growing up. Anyway, this song is another with lyrics that I just love, with lines like “And it seems like there’s a dead end/Behind every bend” and “We both look newer than we are” and “And I’m trying to get ahead/But I’m hitting all the reds/So I put my dreams to bed.” We’ve all had days like this, eh? Especially lately. This is one of the disc’s highlights.

That one is followed by another favorite, “Gunpowder Tracks,” the CD’s title track. It opens in a kind of folk vein, and halfway through becomes another strangely joyful tune. Yes, again, it’s in part because of the excellent horns, and because of that delightful piano part, both giving it something of a New Orleans vibe, which is always appreciated. This might be a good time to mention the musicians who play on this album. Mason Summit is on vocals, acoustic guitar, electric guitar, electric sitar, Mellotron, synthesizer, electric piano and rainstick. Joining him are Shawn Nourse on drums and percussion; Jeff Turmes on bass and clarinet; Carl Byron on piano, electric piano, organ, harmonium and accordion; John McDuffie on pedal steel, lap steel, electric guitar, and slide guitar; Lynn Coulter on congas and tambourine; Chad Watson on trombone; and Neil Rosengarden on trumpet. “How could I have fucked up when I didn’t even try?/The sparks are my calling card, the ashes my goodbye.”

The CD concludes with “Last Time,” which has something of smooth jazz vibe. “There’s a last time for every first/And the last time will be the worst.”