As we near the election, with hope of setting the country on a better path, tensions are high. We are worried that if things go wrong, as they did in 2016, that the country might never recover, that this horror show might become our permanent identity. And meanwhile, most of the things we would turn to in times of crisis – family gatherings, concerts, baseball games, theatre – are not available to us, making everything even more difficult and dire. But fortunately musicians continue to release albums that speak to the better parts of us, to what humanity remains inside, uniting us in a real way. Here are some brief notes on a few new jazz releases you might be interested in. 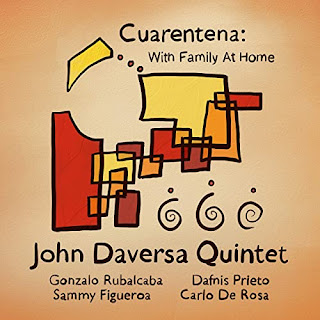 John Daversa Quintet: “Cuarantena: With Family At Home” – Musicians of all musical realms are addressing these strange and trying times in their individual ways, and can’t help but be influenced by what is happening in the world. From the title of this album, we can tell how trumpet player John Daversa is thinking about the pandemic and the period of isolation. This music is about what many of us have decided, or realized, is most important in life – family, love, relationships, and music itself. John Daversa even speaks to us directly about those themes on one track, “Growing Up In A Musical Family.” Joining John Daversa on this release are Gonzalo Rubalcaba on piano, Carlo De Rosa on bass, Dafnis Prieto on drums, and Sammy Figueroa on percussion, each of these musicians expressing his own sense of the times on these tracks. And each of those musicians also gets a chance to speak on the theme of family and music, which is unusual and kind of wonderful. But of course it is the music itself that speaks most strongly to us. I particularly love the interplay between John Daversa and Gonzalo Rubalcaba, as in that section toward the end of “#22.” And the percussion is often as expressive, as on “El Último Suspiro” and “Puppitas.” It’s a beautiful album, with music that we can easily connect to. If you are unable to be with your family and loved ones during this time, do whatever you can to reach out to them. Call them often, write letters, and play them this music. This album was released on August 28, 2020. 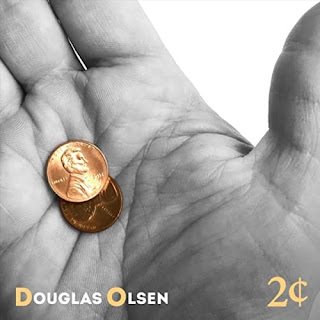 Douglas Olsen: “2 Cents” – With the election right around the corner, it seems that everyone is throwing in his or her two cents. Can we hope to sway another person’s opinion with our own? I’m not sure. But if anything can sway people to vote with a conscience, perhaps it is music. The two cents that trumpet player Douglas Olsen contributes to the national discussion should be heard and welcomed. The album opens with an exciting and lively track “Tailwind,” which moves swiftly and surely, and features some good work on drums. It is an original composition by Douglas Olsen, as are most of the tracks on this release. The album’s title track features a delicious lead on bass, and some wonderful work by Douglas Olsen. Another of the disc’s highlights is “Rat-Race,” which has a great momentum and pulls us along, the horns feeling like they have the ability to take us right out of the rat race. I also love the warmth of Douglas Olsen’s work on “Una Para Ti,” and the fantastic piano playing on “Passage.” Among the album’s covers is a fun rendition of Dizzy Gillespie’s “Algo Bueno” that features some excellent percussion. Joining Douglas Olsen on this release are Dino Govoni on saxophone, Angel Subero on trombone and guiro, Yaure Muniz on trumpet, Tucker Antell on saxophone, Tim Ray on piano, Dave Zinno on bass, Mark Walker on drums, and Ernesto Dias on congas. This album is scheduled to be released on November 1, 2020 (though apparently it was made available digitally last year). 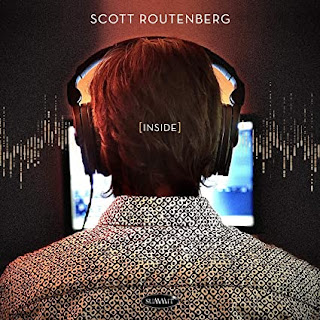 Scott Routenberg: “(Inside)” – Pianist and composer Scott Routenberg created the music of his new album, (Inside), while stuck inside during the pandemic. (Sometimes it seems we speak of the pandemic as if it is a thing of the past, when really it is only getting worse.) Much of the music on this album explores different worlds and realms, for in general we are doing most of our traveling these days in our minds, in our hearts, in our dreams. This music should aid you in your travels, opening intriguing landscapes for you. Some of the tracks remain closer to home, a place that people have either come to appreciate more than ever or loathe more than ever. This music is firmly in the more positive category. In fact, one of my favorite tracks is titled “Home Sweet Home,” a track that begins sweetly and then bursts joyfully to another level, featuring excellent work on both violin and harmonica. And check out the excitement of “Meltdown,” something I’m sure we can all relate to. The album closes on a mellower number, “The Day We Went Away,” an introspective piece featuring some wonderful work on saxophone. Joining keyboardist Scott Routenberg on this release are Sofia Kraevska on vocals; Chris Whiteman on acoustic guitar; Howard Levy on harmonica, bamboo flute, and pennywhistle; Jonathan Raveneau on violin; and Phil Doyle on tenor saxophone. This album was released on September 15, 2020. 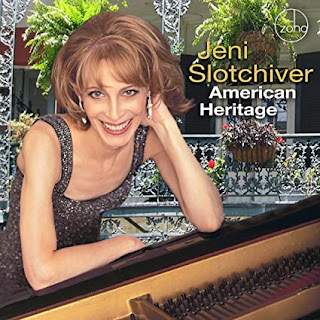 Jeni Slotchiver: “American Heritage” – Accomplished classical pianist Jeni Slotchiver presents the work of several American composers on her new release, American Heritage, an album of solo piano pieces. The music includes spirituals, blues, and folk, all performed with passion and heart. This is a beautiful and moving album, and in a time of division and hatred in our country, it provides a welcome look back at some of the diverse composers who have added to the great musical culture of our nation, and might help to restore some pride in our history. Composers whose work is featured here include Samuel Coleridge-Taylor, Margaret Bonds, Harry Thacker Burleigh, Louis Moreau Gottschalk, Florence B. Price, Robert Nathaniel Dett, William Grant Still and Frederic Rzewski. A lot of the music chosen for this release will be familiar to you, and Jeni Slotchiver gives it a fresh life. This album was released on October 9, 2020. 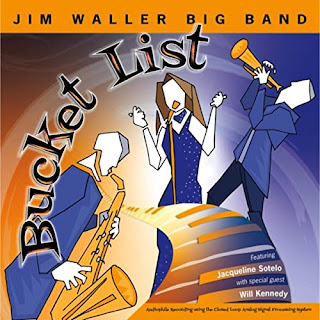 Jim Waller Big Band: “Bucket List” – “Rhapsody In Blue” is one of my all-time favorite pieces of music, and the new arrangement of it mentioned on the CD’s cover is what got me interested in this album. But the album contains a lot of excellent original music as well, composed by saxophone player Jim Waller. The opening track, “Samba For Suzell,” for example, is a totally enjoyable number and features a delicious drum solo by Will Kennedy. “New Blue Funk” is a bright and fun piece featuring a wonderful saxophone lead by Jim Waller. “Waltz For Laura” moves really well, and has a joyful sense about it that should rub off on any who listen. “Funksuite 109” is fun and contains another great drum solo by Will Kennedy. And “This Is It,” which closes the album, has a cheerful energy that you might find coursing through your whole body. Big band music certainly has the capability to raise our spirits, something we want more and more from our music these days. The central piece of this album, “Rhapsody In Blue,” delivers what it promises and what I’d hoped, an exciting new arrangement that still keeps intact what we love about the song. This version swings and grooves, and includes a good lead by Jim Waller on tenor sax. There are some other good covers on this release, including a delightful rendition of “I Love Being Here With You,” featuring Jacqueline Sotelo on vocals, performing some good scat. Jacqueline Sotelo also turns in impressive vocal performances on “Georgia On My Mind” and “Why Don’t You Do Right,” and on a fantastic rendition of “God Bless The Child.” This album was released on August 28, 2020.
Posted by Michael Doherty at 2:14 PM