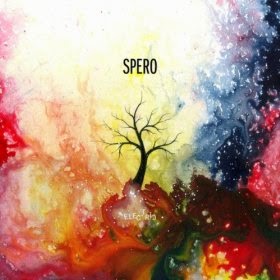 Greg Spero’s new jazz album, Electric (which follows 2011’s Acoustic), features mostly instrumental tracks (apart from two songs) and mostly original material. Greg is once again joined by Makaya McCraven on drums, and this time by Junius Paul on bass. It honestly took me a little while to get into this one. On my first time through, it was some of the later tracks that really grabbed me, such as “Song 21.” But on repeated listening, I’ve become quite fond of this disc.

The album opens with “Introduction: Turn It Up,” a short electronic piece. The first time through, I wasn’t that into it, but the second time I did as its title suggested, and cranked up the volume. And that did the trick. The heavy vibration works on your chest, your heart, and the piece quickly envelops you.

It’s followed by “Raga,” which begins with a chaotic burst, with strange, almost angry tones. But then the piano gives you a base and place to hold onto or land when you find it necessary. A place from which the song builds to its unhinged heights, and a place to where it returns to at times. It’s interesting, because depending on what you latch onto on this track, you could easily find yourself dancing, or just as easily cowering in the corner, batting at imaginary electronic demons. And then, when perhaps you least expect it, the song emerges briefly in a place of beauty.

The Beatles’ “Blackbird” is the first cover song on this CD, and the first to feature vocals. It begins the way you’d expect it to, with that familiar and pretty theme, here done on piano. And it sounds sweet. Where it becomes different is when he repeats “Blackbird fly.” And soon there is a cool exploratory instrumental section, which I really like. It features some interesting stuff from both Junius Paul on bass and Makaya McCraven on drums. And you get the sense that this blackbird is flying in a different direction than perhaps most covers of this song find themselves going. There is something glorious in it, and it is a bit jolting when Greg’s vocals come back in.

“Song 21” then begins beautifully on the piano, and soon seems to also fly, gently, peacefully. Then the song picks up in intensity, the journey becoming more focused. I love the way the piano and bass interact in one section of this tune nearly halfway through, before that intensity and drive return. This song is one of my favorites, and it slides directly into the following track, “Interlude 21.”

The lyrics to “No Rest For The Weary,” the other song to include vocals, were written by Peter Yastrow. This is a sweet song, that has kind of a folk feel. Here is a taste of the lyrics: “To the east the sky is lighter/It’s the start of a brand new day/Together we will make it/And we know it will be okay.”

“Fly” has something of a wild aspect, but is also precise, like a carefully calculated unburdening. It reminds me a bit at times of Emerson, Lake And Palmer. The album then ends with a cover of “Somewhere Over The Rainbow,” which begins delicately, prettily on piano. This is a really nice instrumental version.