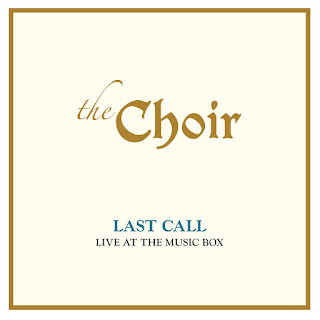 The Choir is a band that formed in the Cleveland area in the mid-1960s and went through several personnel changes over the course of its relatively short history. The band released a few singles, including the hit “It’s Cold Outside,” and also recorded an album in the late 1960s which was left unreleased until 2018. That album, Artifact: The Unreleased Album, sparked a new interest in the group, and later that year, the lineup from those recordings reunited as a treat for the fans. It clearly went well, so in September of 2019 they got together again. Last Call: Live At The Music Box is the result. It is a two-disc set capturing the group’s final show, which was performed on September 20, 2019 at The Music Box Supper Club in Cleveland, Ohio. The music here is a mix of originals and covers of some classic rock material, including songs by The Kinks and Procol Harum. The band’s lineup includes Phil Giallombardo on organ and vocals; Randy Klawon on guitar, keyboards and vocals; Jim Bonfanti on drums and vocals; Denny Carleton on bass and vocals; and Ken Margolis on keyboards and vocals. This release includes liner notes written by the band members.

The music kind of eases in while the crowd is still getting settled, and after forty-five seconds or so it takes on the familiar sound of Procol Harum’s “A White Shade Of Pale,” though it sounds like the audience doesn’t recognize it until the vocals come in. This is a song I’ve loved since first hearing it in my childhood, and these guys do a really good job with it. I love how the vocals are at first supported by keys, with the other instruments holding off a bit. It makes the moment when they come in all the more powerful. This is the first of several Procol Harum songs the band performs on this double album. It is followed by an original number, “Anyway I Can,” a seriously good and fun song that was chosen as the lead track on Artifact. It was written by Phil Giallombardo, and is delivered with energy. They follow that with a cover of Spooky Tooth’s “Love Really Changed Me,” a song that was released as a single in 1968, and also included on that band’s LP It’s All About. After the song, there is some stage banter, in which Ken Margolis talks about how thrilled they were to be playing these songs again, mentions Artifact: The Unreleased Album, and does the band introductions. The band for this show included backing vocalists who were not part of the 1960s lineup, Tonja Schleicher and Lori Rizzo. Ken neglects to introduce himself, and so someone in the audience prompts him. They then play another original song from Artifact, “Ladybug,” written by Phil Giallombardo.

The second Procol Harum song of the show is “Shine On Brightly.” When I was twelve or thirteen years old, I picked up The Best Of Procol Harum on cassette, based on my love of the songs “A White Shade Of Pale” and “Conquistador” (the only two I’d heard up to that point), and that tape turned me on to such great songs as “In The Wee Small Hours Of Sixpence” and “Shine On Brightly.” The Choir does a seriously good job on “Shine On Brightly,” getting really into it. I like the work on keys here. There is some more stage banter at the end of this track, giving more information about the album which had been considered lost for decades, leading to another track from that album, “I Can’t Stay In Your Life,” this one written by Ken Margolis. There is a lot of power behind this one, and it’s one of the highlights of the first disc. It is followed by a cover of Billy Preston’s “That’s The Way God Planned It,” featuring a passionate vocal delivery. I also love that instrumental section, which includes excellent leads on keys and electric guitar.

“Boris’ Lament” is a song from Artifact, written by Phil Giallombardo. There is something exciting about this track, particularly in the instrumental sections, which have a progressive feel. We then get a second Billy Preston tune, “What About You,” which has quite a different style, as they mention in the song’s introduction. This is a spirited and completely enjoyable track, featuring some excellent work by the backing vocalists. It is another of the highlights of the first disc. Phil Giallombardo then introduces “Have I No Love To Offer,” mentioning his love for The Bee Gees (and being quick to point out that the Bee Gees had a different sound before the advent of disco) and the influence that group had on the composition of this song. It’s kind of a beautiful tune, with a wonderfully sad aspect. “Now I only can cry when I think I used to be her man.” I love that electric guitar screaming out at the end, crying to the heavens. The first disc concludes with an energetic cover of “America” (the song from West Side Story, written by Leonard Bernstein and Stephen Sondheim), delivered as an instrumental.

The second disc, like the first, opens with a Procol Harum tune, this one a fun rockin’ tune titled “Kaleidoscope.” This is a song from that band’s first album and is not one that made it onto that Best Of cassette I had. The band keeps the energy high with “If These Are Men,” a song written by Denny Carleton and included on Artifact. Its steady beat, that groovy bass line, and that cool work on keys all help to make this another highlight. After that song, they mention their love of The Kinks. That leads to a cover of “David Watts,” a song that was included on Artifact, the only cover on that album. I’m a big fan of The Kinks (they were always my – admittedly somewhat cheeky – answer to the question, Beatles or Stones?), and I really like The Choir’s rendition of this song, a tune that was included on The Kink’s Something Else LP.  That’s followed by “It’s All Over,” another song from Artifact. Actually, on this live album, the band plays all ten tracks from it. Ken Margolis wrote this one, and introduces it as “the one I forgot I had written.” It is a mellower, pretty tune about regret, with lines like “I wasn’t happy/And now you’re gone.” He sings to this person who is now missing from his life, to this void. So sad, so sweet. They follow that with “Mummer Band,” a fun, somewhat silly tune written by Denny Carleton. If “It’s All Over” got you down, this one will lift you back up.

“For Eric” is an instrumental piece composed by Ken Margolis featuring some really nice work on keys. Nearly three minutes in, it changes directions, becoming more of a rock song. This was Artifact’s only instrumental number. That’s followed by another Procol Harum song, “A Salty Dog.” This is one of my personal favorite Procol Harum songs. I remember it really striking me when I first heard it on that Best Of cassette. The Choir delivers a passionate rendition featuring a really good vocal performance. After that, they talk a bit more about how the Artifact album came about. That leads to “Good Times,” which they introduce as the final single that was released by The Choir, chosen by the label. On the single, by the way, it was titled “Gonna Have A Good Time Tonight.” This is a cover song, one the band used to do at their live shows. It was written by George Young and Harry Vanda, and originally recorded by The Easybeats. Now interestingly, on The Easybeats’ album Vigil it was titled “Good Times,” but on the single it was titled “Gonna Have A Good Time (Good Times).” Anyway, it’s a fun rock and roll song that mentions characters from other rock and roll songs. It’s populated by folks like Bony Moronie, Long Tall Sally, and Short Fat Fannie. And is the Mary, Mary they mention a reference to The Monkees song? “If you can find that single somewhere, it’s a collector’s item,” they tell the audience afterward.

The Choir also performs a cover of Jimmy Webb’s “MacArthur Park,” first telling the crowd, “And if we make some mistakes, please forgive us.” I have always thought that “MacArthur Park” was kind of an odd and goofy song, particularly because of the lines about the cake in the rain, with that mournful and heartfelt delivery of “‘Cause it took so long to bake it/And I’ll never have that recipe again.” But I also can’t help but love it. And The Choir presents an earnest and excellent rendition. That is followed by “It’s Cold Outside.” In the song’s introduction, they mention that this is the one that really got the group started, and is from a time in the band’s history before this particular lineup was in place. It’s a cool song, and in the original version you can clearly hear the influence of the British invasion bands. For this live version, they slow it down and give it more soul. That is followed by one more Procol Harum song, a strong rendition of “Conquistador.” The disc then concludes with a cover of Bob Seger’s “Ramblin’ Gamblin’ Man.” These guys really throw themselves into it, totally rocking this song. It’s a fun way to wrap up the show.

Disc One
Disc Two
Last Call: Live At The Music Box was released on June 5, 2020 through Omnivore Recordings.
Posted by Michael Doherty at 9:56 AM