All Those Ships: “Meteorology For Runners” (2016) CD Review 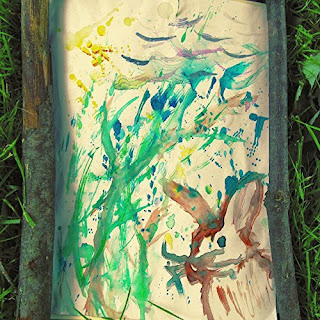 All Those Ships is the project of Brandon MacNeil, who not only wrote all the songs on Meteorology For Runners, but also played all the instruments. The music is basically folk, but certainly not the typical folk fare. He has a freedom to explore some interesting territory here without being self-indulgent, certainly a danger when an artist might have no input from other musicians. There isn’t just a sense of adventure, but a sense of humor to this music. If you are into groups like Blimp Rock and Moldy Peaches, you should definitely check out this release. All Those Ships is based in Derry, New Hampshire.

The album opens with “Head Up,” which made me burst out in surprised laughter at one point the first time I listened to it. “Don’t you know how this will end/Won’t you slow down, turn around now/Or you’ll end up all cooked in a stew/You’ll end up all cooked in stew.” The way he plays with the word “in” in that last line is surprising and kind of delightful. There is also an interesting contrast in the somewhat drawn out vocal line and the percussion. That’s followed by “Making Sense,” a song that grabbed me right from its start. The first lines are “One night I dreamt that I was driving/And I couldn’t keep my eyes open/I couldn’t stay awake/So I nodded off/Then I woke back up/And then I woke back up again.” And it just gets better and better. This is an unusual and wonderful song, powerful at moments. This is one of my favorites. “If I don’t make it where I’m going, well, at least they’ll say I made a valiant effort/If I make an effort, if I make an effort.”

“Gravel” has kind of a bright, friendly sound. “You know summer’s been fading/And I am a runner in waiting/Away, away.”  That’s followed by “Good Luck,” an odd and playful song that offers some advice, such as “Get some sleep/Shower often/Lots of exercise/Don’t get into strange cars/Set some goals.” He repeats the line about not getting into strange cars, so perhaps that’s the most important advice. I like that it’s not “strangers’ cars,” but “strange cars.” Some of my closest friends have strange cars. Hmm. It’s a lively tune, and in addition to advice, he wishes us “the best of luck.” “I hope it comes to you/Well, it’s bound to come soon.” Ah, sometimes we need to hear that, don’t we? I’m kind of in love with this song.

“Stuck In Your Head” begins by establishing an intimate folk feel. And how is this for an opening line: “Something tells me denial won’t help at all.” I also love this line, which stuck out the first time I listened to this disc: “I hope this song’s enough to replace the one that’s been stuck in your head.” This song has its own kind of beauty. “Squish Spiders For You” is a decidedly lo-fi affair, like he recorded it on whatever equipment he had handy, or was going to play it over the phone to the person afraid of spiders. This song is kind of adorable and made me laugh. “You know I’d squish spiders for you/Even though I don’t like to/They might bite you/So those spiders just have to go/They just have to go.”

Another song I can’t help but love is “We Won’t Rest.” It reminds me just a bit of Syd Barrett.  “We live in, we live in, we live inside/We may go out, we may go out, oh, we go out now and then/But we live in, we live in, we live inside.” This song is a total delight. And this line is another that had me laughing aloud: “We won’t rest, we won’t rest, we won’t rest until we get some rest.” There are more unusual lyrics in “Tiny Clouds,” such as “Tiny little storm clouds grow up big and strong by and by.” I love being surprised by music, and this CD surprised me multiple times. Other lines from this song that stood out include “But you can do something new with something old” and “You may say it’s some kind of magic, I don’t know what else to call it.” The album then concludes with “Broken Cassette,” which begins a little chaotically. Apart from the “self”/“shelf” rhyme, which I never care for, I totally dig this song, its title being a play on the idea of a broken record, repeating one’s self.

CD Track List
Meteorology For Runners was released on September 12, 2016.
Posted by Michael Doherty at 11:33 AM