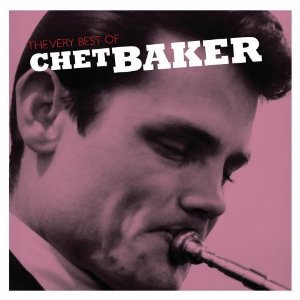 The Very Best Of Chet Baker is a collection of recordings from 1952 to 1965 (focusing mostly on his output from 1958). These tracks are presented nearly in the order in which they were recorded.  Most of them are instrumentals, with Chet Baker letting his trumpet do the singing (like on the slow, enchanting "If You Could See Me Now"). But also featured in this collection are a few songs in which Chet Baker sings, including two tunes by Richard Rodgers and Lorenz Hart.

This collection opens with "My Funny Valentine." It starts off so sweet, so mellow, and so simple, with Chet Baker on trumpet and with Carson Smith on bass. It's perfect; you almost don't need anyone else on this recording. But when the rest of the band comes in, no one overpowers the simple design. This is one of the best renditions of this famous song written by Richard Rodgers and Lorenz Hart. This recording is from Gerry Mulligan Quartet.

"Do It The Hard Way"

This collection features two Rodgers and Hart compositions from Chet Baker's Sings - It Could Happen To You (1958), an album Concord Music Group re-issued in 2010 with several bonus tracks.  On these  songs, as the album's title suggests, we hear Chet Baker sing. In the first, "Do It The Hard Way," he gives us his version of scat, which is so particular to him. It's soft and sweet, easy-going, not forceful at all. It's kind and gentle, like he's vocalizing what would be his trumpet line. This song also features nice work on piano from Kenny Drew.

The second Rodgers and Hart song from Sings - It Could Happen To You is "My Heart Stood Still."  I prefer Chet Baker's playing to his singing on this track. In addition to wonderful stuff by Kenny Drew on piano, there is some good work by Philly Joe Jones on drums (he was also the drummer in The Miles Davis Quintet).

"Fair Weather" is one of my favorite tracks from this collection, because of the joy in the playing. Chet Baker's lead is wonderful, and it segues into a great section where Paul Chambers does a lead on bass, with touches of Al Haig's piano beneath him, and a steady playing on the cymbals (and a bit of the snare) by Philly Joe Jones. It's a seriously cool section, and then Johnny Griffin comes blasting in beautifully on tenor saxophone. That leads to Al Haig's lead. This track is just full of great vibes. This was originally included on In New York.

"How High The Moon"

This collection features an interesting and sweet rendition of "How High The Moon" from the album Chet. The group assembled for that album includes Pepper Adams on baritone sax, Herbie Mann on flute, Bill Evans on piano, Paul Chambers on bass, and Connie Kay on drums.  Adams, Mann and Evans all have nice short sections on lead. "How High The Moon" was written by Nancy Hamilton and William Lewis.

"The Song Is You"

Chet Baker sings on "The Song Is You," a song written by Jerome Kern and Oscar Hammerstein II for the musical Music In The Air.  This track features a string orchestra, giving it quite a different feel from the rest of the songs in this collection.

The Very Best Of Chet Baker concludes with "When You're Gone," a mellow tune from the 1965 album Comin' On With The Chet Baker Quintet. I particularly like Kirk Lightsey's work on piano on this track. Wonderful stuff. Chet Baker plays flugelhorn on this one.

Posted by Michael Doherty at 12:54 PM