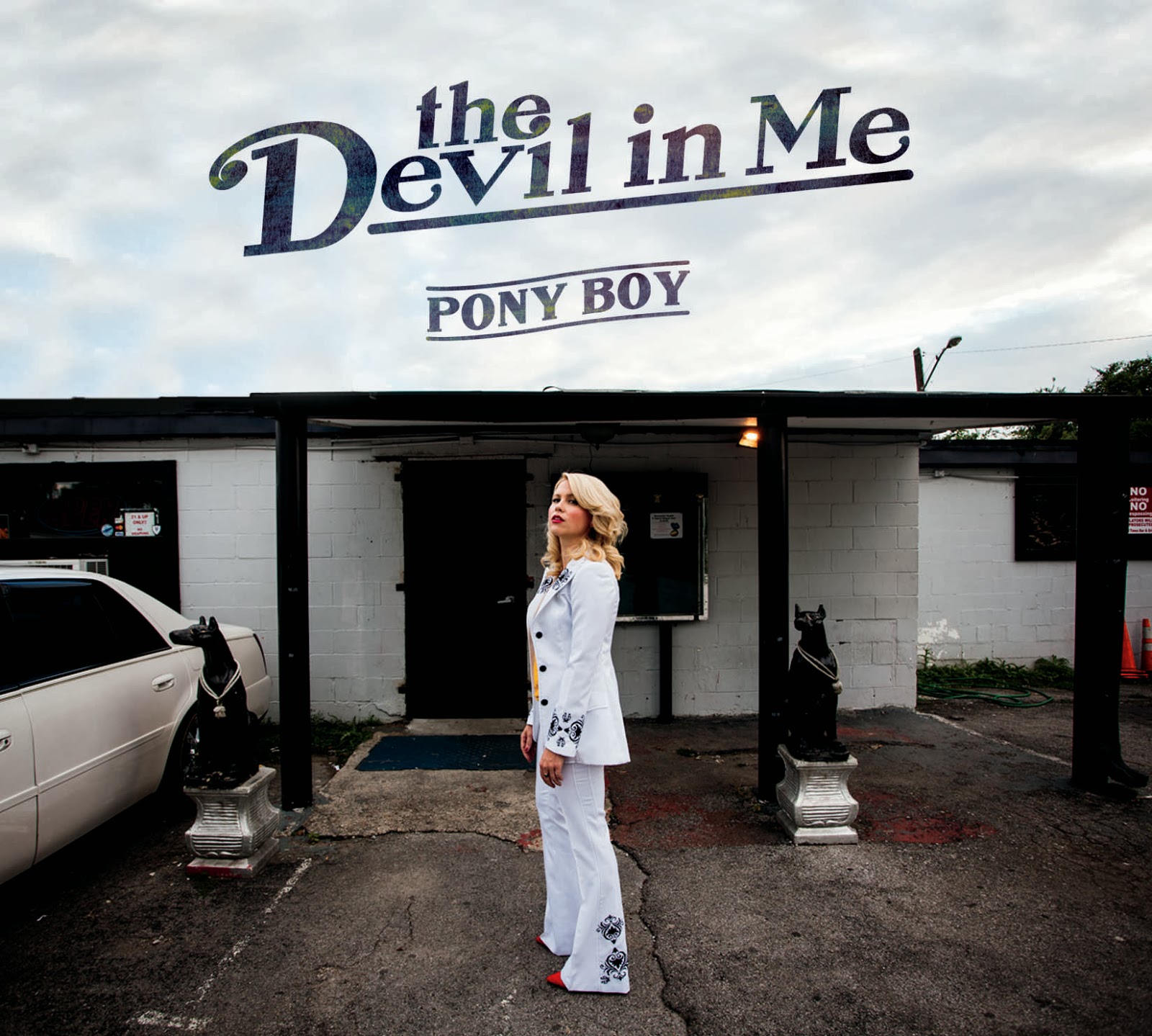 The Devil In Me is an excellent six-track EP by Pony Boy, whose real name is Marchelle Bradanini. She is based in Nashville, and while there are some country elements to these songs, there is something much darker and exciting here. A lot of the appeal of this album is due to her vocals, and everything she's able to convey with them, everything she's willing to. She seems to really open herself through her voice, exposing her weaknesses, her vulnerabilities, her sorrows.

The EP’s opening track, “The Wanderer” has such an odd beginning, like a spiritual hymn as heard under water, distorted in a strange way. Then the song kicks in, but doesn’t lose its odd feel, but rather builds from it – adding a steady beat that has more of a haunting feel than a comforting, familiar effect. And through all of this Pony Boy’s voice comes to us as if from a place partially of pain, partially of beauty. It’s kind of an extraordinary song. “Years pass us by just like fog in the harbor.”

Pony Boy does interesting things vocally on “The Devil In Me” too. It’s odd, because this one could almost have a more normal pop feel – it’s lingering at the edges of that, but is darker in tone. It’s like a pop just beneath pop, which obviously fits the theme and lyrics. She sings, “Life in this place has lost its thrill/You’d break my heart for a dollar bill.”

“One Man Show” has a bit more of a country or folk feel to it. It’s a mellower, sweeter song, and there is a beauty to it, particularly because of the layers of vocals. (At moments, her vocals remind me just a bit of Diana Jones.) “Everybody knows you’re the one-man show/No ticket needed, I know/Gather around for the one-man show.” There is a tender sadness to this song that is so effective.

“If Only He Were You” is such an interesting and wonderful song (perhaps my favorite on this CD). It has elements of pop and country, but really has a sound all its own. There’s a sadness in Pony Boy’s voice, but some brighter tones to sections of the music – like bursts of optimism, and the song in fact ends with one of those moments, and fades out on it. “I found a good man/And I swear I could be true/If only he were you.” Pony Boy’s vocals remind me of Chrissie Hynde a bit on this track.

“Happy Every After” has an intensity, due in part to its darker tones, and to its insistent drumbeat. With a title like “Happy Ever After,” you might expect something more upbeat, but in some ways this is the EP’s toughest track. And check out these lyrics: “Running to the doctor/Running to the chapel/Happy ever after/Oh, happy every after/Hiding in the graveyard.” It has an odd and sudden ending.

"Easy Money" begins almost like a distant child’s lullaby before the vocals come in. The vocals are the focus, telling the story of a woman you know is heading for destruction. The muted, pretty tones backing the vocals work as a wonderful juxtaposition to the lyrics, like in a way she is still a young girl with a young girl’s dreams and hopes, which have never materialized. "I never got to bear your child/I went cold and you went wild/Never got to wear that wedding dress/Now you're on three packs a day/Living off the checks from state/I guess that where the easy money goes." Her voice gets looser, wilder, less controlled as she goes on, like she’s breaking down, no longer able to maintain any sort of facade.