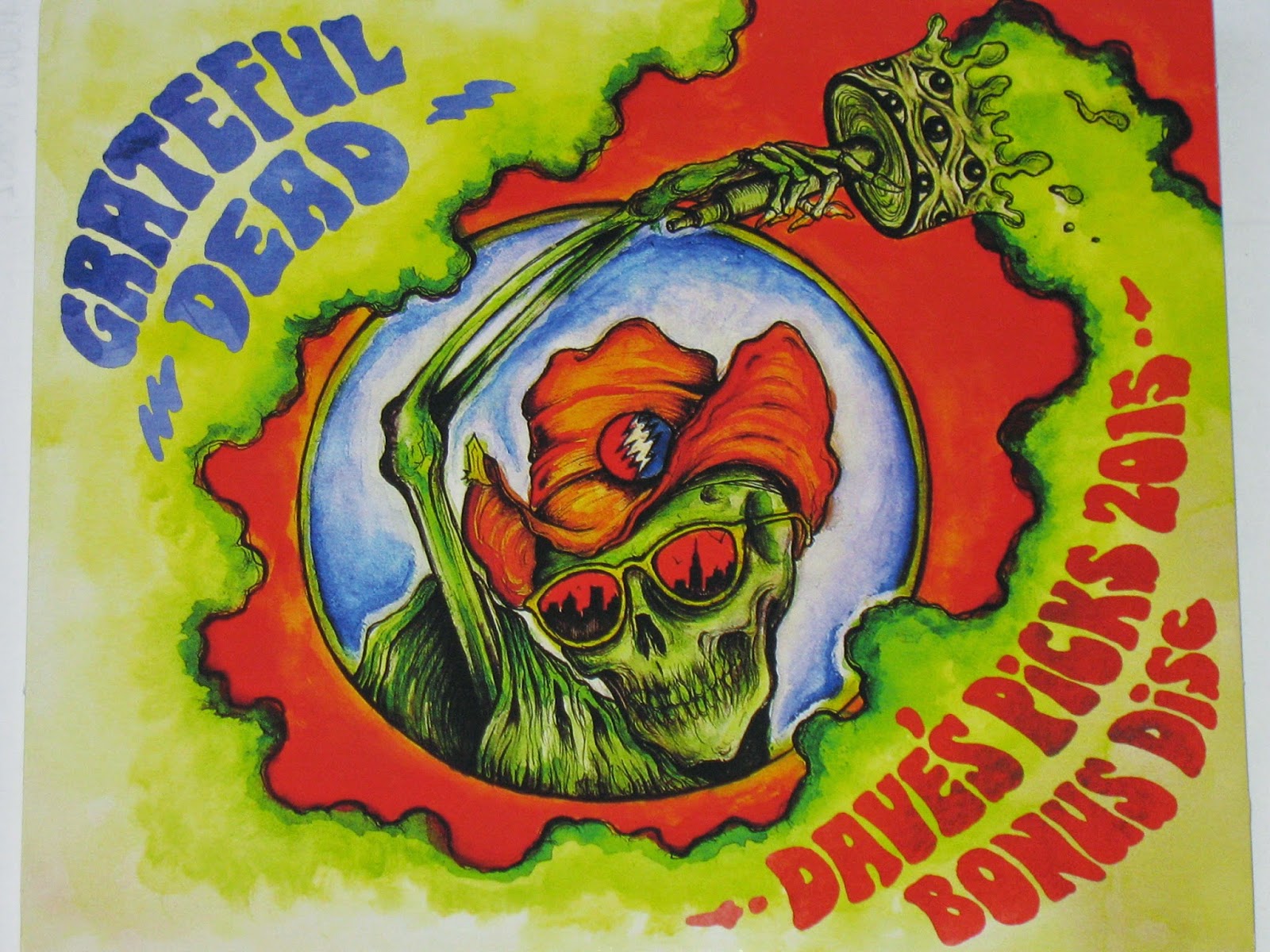 If you get a year’s subscription to the Dave’s Picks series of live Grateful Dead recordings, at some point in the year you receive a bonus disc. This year’s bonus disc arrived yesterday, in the same package as Dave’s Picks Volume 14. Like Volume 14, this disc contains music from March of 1972 (the month I was born). This bonus disc contains music from two shows that month – March 21 and March 27, both at the Academy Of Music in New York.

It starts with the March 27th show, with some tunes from the first set. The disc kicks off with a high-energy rendition of “Bertha,” which opened the show. There is some funny stage banter before the band begins. It’s great hearing the guys goofing a bit. And there’s actually some more stage banter after that tune, with the guys joking about Bill buying the Brooklyn Bridge. The disc then goes to “Brown-Eyed Women,” skipping “Black-Throated Wind” and “Chinatown Shuffle.” This is a really nice version of “Brown-Eyed Woman,” and it’s followed by “China Cat Sunflower” into “I Know You Rider.” It’s a fairly short rendition of “China Cat Sunflower” (just under six minutes) but the jam really cooks, and “I Know You Rider” likewise has great energy. Also included is a seriously fun “Cumberland Blues,” from late in that set.

The rest of the bonus disc comes from the beginning of the second set from March 21, 1972. Bob jokes before the first tune, “We’re going to start this next set off with one of your favorites, and we certainly hope it’s one of ours.” And they jump into “Truckin.’” This is a wonderful rendition, particularly because it’s great, groovy jam, the band clearly having a good time. It leads into a drum solo by Bill Kreutzmann, and then into “The Other One,” which bursts in like a monster and then goes in some interesting directions, evolving and changing, adapting and conquering. This is definitely a highlight for me. And at nearly eighteen minutes, it’s also the longest track of the CD. This bonus disc then concludes with an excellent rendition of “Wharf Rat.” “I’ll get up and fly away.”

Dave’s Picks 2015 Bonus Disc is only available if you ordered the year’s subscription, but perhaps you could find someone willing to part with it.
Posted by Michael Doherty at 2:04 PM