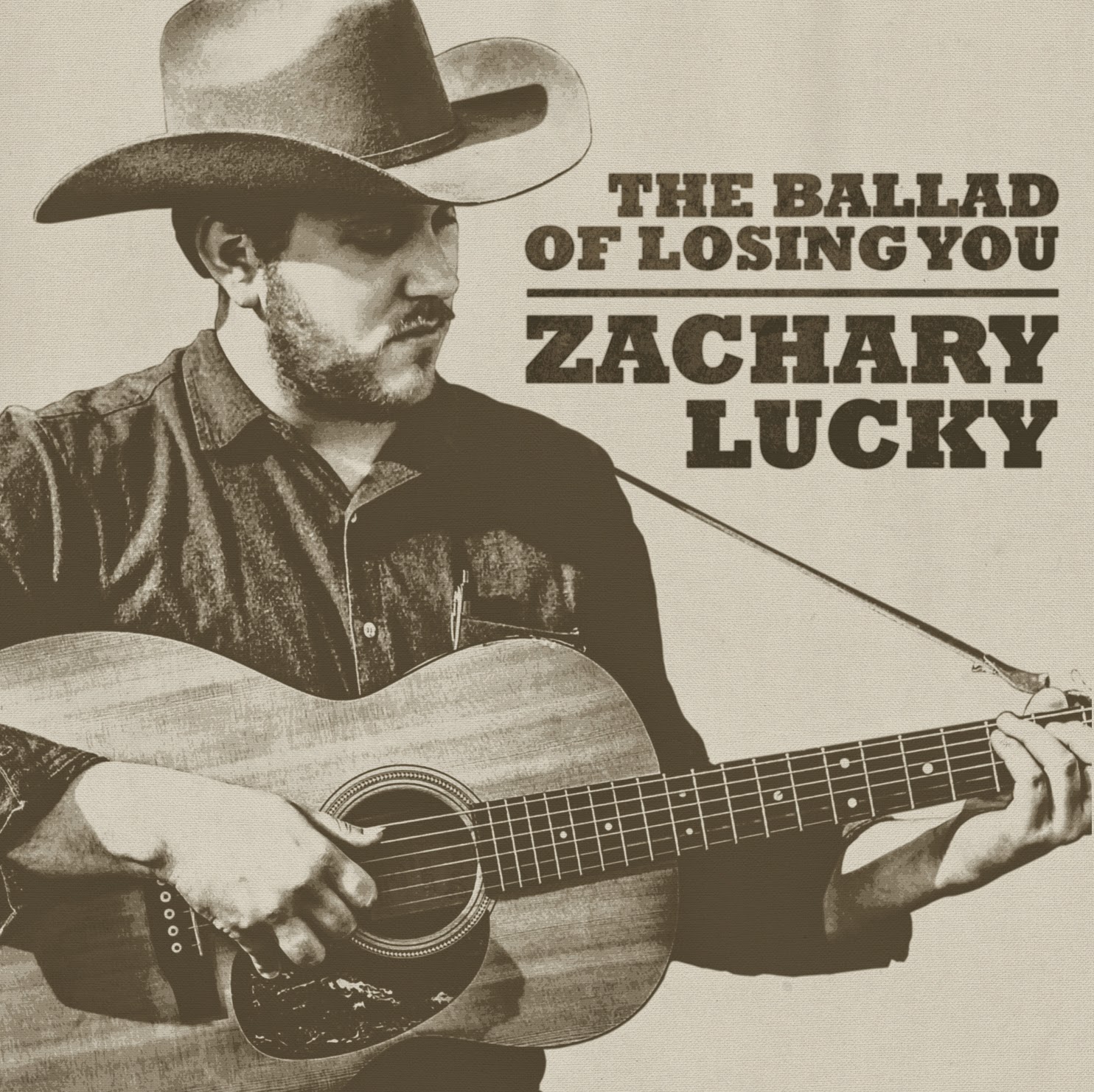 Zachary Lucky’s most recent release, last year’s The Ballad Of Losing You, features some wonderful acoustic music. Most of these are original tunes, the one exception being a Townes Van Zandt song (and you can never go wrong with Townes). These songs have a great traditional folk feel, tackling those perfect folk subjects like lost loves and being on the road, while yet never feeling derivative or like a rehash of other material. Zachary has his own voice, his own way of phrasing his thoughts and feelings. There is a line from “Salty Air” that strikes me as a good example. Zachary sings, “Tell me where did we go” and you expect him to say “wrong,” and he does, but not right away. His thought changes direction slightly, and he sings, “Was it wrong from the start.” There are plenty of nice, surprising touches like that. This is a wonderful album. I also really love the album’s title.

The Ballad Of Losing You opens with “Ramblin’ Man’s Lament,” a soft, kind of beautiful folk tune which  is driven by Zachary Lucky’s great voice. He has one of those voices that seems perfectly tailored for folk and country, the voice of a storyteller, which has a kind of road wisdom to it, and also has a friendly tone. That coupled with the great sad sound of pedal steel make this opening track wonderful (that’s Aaron Goldstein on pedal steel). There is also some sweet work by Karrnnel Sawitsky on fiddle. I especially like the instrumental section where the fiddle takes the lead. Here is a taste of the lyrics: “And when all is said and done/And my rambling days are through/Will you be the one/That I’m running to.”

“After All The Months We’ve Shared” has a traditional, friendly folk rhythm on guitar that immediately puts you in the frame of mind to accept anything that might be sung.  The opening lines are: “Don’t tell me it’s time to leave/After all of the months we’ve shared/I’m tangled in the tallest trees/I’m tangled in your hair.” Nice, eh? Yeah, Zachary can sure write a good lyric. Adding to the traditional feel of this one is his use of a line from a traditional folk tune: “So fare thee well my own true love” (which is in “The Leaving Of Liverpool”).

I love the way the fiddle and pedal steel work together in the instrumental section of “Woke Up” to create a gorgeously sad sound. This song mentions Townes Van Zandt, Bob Dylan and Woody Guthrie. It has an easy mellow feel, working perfectly with lines like “Just lost on the road or lost in a dream/With you by my side and Townes on the radio.” So sweet.

“Morning Words” begins like a typical traveling musician song, “I’ve been all across/The great plains and more/Well, I’ve been from the east/To the westerly shores.” But this song quickly gets its hooks into you, as he addresses the woman he misses (“And now I’m painting a picture/Just for you and me”). It really has its own beautiful vibe, setting it apart from other tunes that address this subject. And when at the end he returns to the first stanza, you have an affinity for the song’s narrator. That stanza’s final lines are changed from the first time around: “And I’ll be painting no pictures/I’ll be singing no more.”

The album’s sole cover is Townes Van Zandt’s “Waitin’ For The Day.” Zachary Lucky’s rendition has a sweet and sad-sounding country vibe. It's a bit smoother, with a slightly more polished sound due to the presence of fiddle and pedal steel. This is a song that was included on the 2003 release, In The Beginning, a collection of early recordings by Townes.

The Ballad Of Losing You concludes with “Sun’s Coming Up,” another tune with a familiar folk rhythm on guitar. The lines “A pretty fair maiden/And me, that makes two” have a humorous tone for me, just the way he describes her with love and adoration, and then adds himself in almost as simply a mathematical statistic. But over all, this song has a rather sad feel, as it’s told from the perspective of a soldier who goes off to war. The fiddle is wonderful on this track.

Musicians on this album includes Zachary Lucky on vocals and guitar, Aaron Goldstein on pedal steel, Chris Prpich on bass, Benjamin Hadaller on banjo and dobro, Karrnnel Sawitsky on fiddle, and Jonathan Anderson on piano.

The Ballad Of Losing You was released on September 17, 2013 on Missed Connection Records.

Posted by Michael Doherty at 2:56 PM