Life has certainly taken some odd turns, hasn’t it? Some days it seems okay, almost normal, and some days it is nearly unbearable. But music is always there for us. And as we are stuck inside our homes and trapped with our own thoughts, it is best to let musicians relieve us of some of the stress of existence. Here are some brief notes on a few new jazz releases you might want to check out. 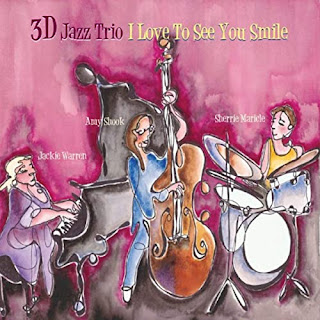 3D Jazz Trio: “I Love To See You Smile” – The album opens with a cover of Randy Newman’s “I Love To See You Smile,” which functions as the title track, and it seems like it was chosen to make all of us who are listening smile. There is a groovy bass line, a delightfully light touch on the piano, and a cool drum solo, all of which should help shake your blues and make this strange reality we are caught in more enjoyable. And that’s just the first track. There is also a wonderful and lively rendition of “Bésame Mucho” that begins with some beautiful work on piano, a fun version of “Back At The Chicken Shack” and a fantastic “Recado Bossa Nova.” The album ends with a breezy, exciting take on “L.O.V.E.” The 3D Jazz Trio is made up of Jackie Warren on piano, Amy Shook on bass, and Sherrie Maricle on drums. This album is scheduled to be released on May 22, 2020. 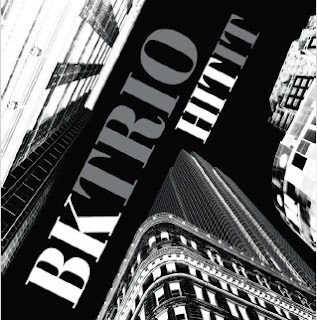 BK Trio: “Hit It” – Guitarist Brian Kooken delivers a lively album of original tunes, beginning with the delicious, fast-paced title track. There is a lot of joy on this album, a lot of energy, particularly in the guitar lead on “Always Looking Up.” And listening to a tune like “Hatza’s Groove,” you get the sense that these musicians could carry on the whole day and night too, that the music is moving them just as much as it moves us. These musicians also give us a cool blues tune, “It’s Monday And I’ve Got The Blues.” Of course, these days Mondays are meaningless for a lot of us, as are Fridays, Saturdays and the rest. That track features some delicious work on organ. But my favorite track might be “Soul For Shahid,” the disc’s closing number, partly because of its wonderful groove. The trio is made up of Brian Kooken on guitar, Greg Hatza on organ, and Robert Shahid on drums, and all three musicians turn in excellent performances. This album is scheduled to be released on May 22, 2020. 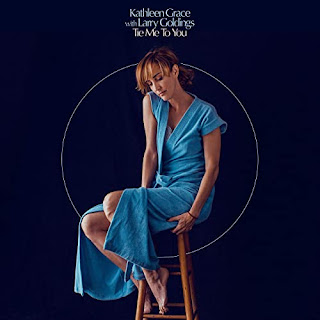 Kathleen Grace with Larry Goldings: “Tie Me To You” – This remarkable album from jazz vocalist Kathleen Grace features some intriguing original material, including the title track, which has a strange and undeniable beauty. That song was written by Kathleen Grace and Larry Goldings, and on it they are joined by David Piltch on bass, and Gabe Witcher on violin. I had to listen to that song several times before I was ready to move on to the disc’s second track, an unusual rendition of Rodgers and Hart’s “Where Or When” that is a total delight. Then “Everywhere” is a pretty song written by Kathleen Grace, with something of a folk vibe led by her work on guitar. David Piltch and Gabe Witcher join her on this one as well. There is also a seriously cool rendition of “John The Revelator” featuring some wonderful work by Larry Goldings on piano. Larry Goldings plays piano, keyboard, organ, pocket piano and glockenspiel on this album. The disc’s final original number, “Embarcadero,” is another highlight, co-written by Derek Oleszkiewicz, who plays bass on it. This album was released on April 17, 2020. 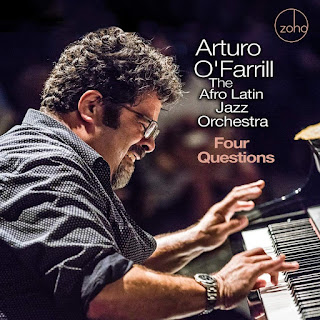 Arturo O’Farrill and The Afro Latin Jazz Orchestra: “Four Questions” – This album features all original material composed by pianist Arturo O’Farrill, taking inspiration from the work of author and civil rights activist W.E.B. Du Bois to create the disc’s centerpiece and title track, “Four Questions.” That track commands your attention from its opening moments, and features narration from special guest Dr. Cornel West, who co-wrote the track with Arturo O’Farrill. It is a powerful piece of music that is particularly important in these days of extreme division, in these days of rampant dishonesty, in these days when a racist bully occupies the White House. “Du Bois’ second question, What does honesty do in the face of deception? We live in an age of mendacity, an age of criminality, where the lies hide so many crimes.” Of course, that isn’t the only compelling track on the album. “Baby Jack,” the disc’s first track is an exciting piece, each instrument having a distinct and strong voice, eager to tell us its part of the tale, and taking us through some interesting changes. “Clump/Unclump” likewise takes us in different directions, with reality getting wild and chaotic, but then drawing together again. This album was released on April 10, 2020. 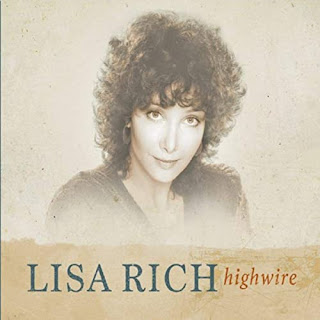 Lisa Rich: “Highwire” – This album, Lisa Rich’s third, was recorded in January of 1987, but not mixed until June of 2019, and then released in September. It feels as vibrant now as it must have when the tracks were recorded, in large part because of the great warmth and depth of her voice. The musicians backing her include Marc Copland on piano, Drew Gress on acoustic bass, and Michael Smith on drums, with David Kane on piano for two tracks. Much of the music here was written by Chick Corea, and there are also pieces by Duke Ellington, Ornette Coleman and Ralph Towner. “Contessa” features some excellent and exciting work on piano, and “Bud Powell” features a lively and joyful vocal performance, and is a whole lot of fun. “The Jinn” likewise has a delightful energy. Lisa Rich also delivers a beautiful and passionate rendition of “Lonely Woman,” her voice supported only by David Kane on piano. This album was released on September 13, 2019.
Posted by Michael Doherty at 6:24 AM