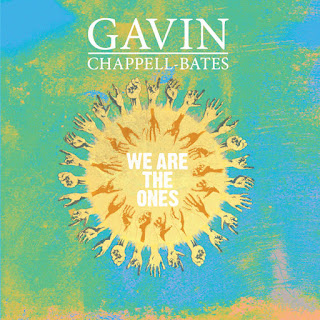 “We Are The Ones” is youthful, though thoughtful pop, with kind of a pretty intro on guitar. “I remember when we were young/We used to chase the sun/It never set on us/We’re no longer seventeen.” Ah, so true: seventeen is long gone. Though there is something undeniably youthful about this song, about the perspective, it’s still a song about looking back. I guess it’s never too early to look back at what’s come before, and appreciate it. But this song is also (and mainly) about a strong present leading into the future, not getting lost in nostalgia or anything. “We still dream,” Gavin Chappell-Bates sings, and that is what keeps us youthful, and it is that part of us that this song speaks to. “I remember summer songs/We still sing along/They still turn us on.” The EP ends with an acoustic, softer rendition of “We Are The Ones.” The prettier aspects of the song are given prominence in this version, and it has a more intimate feel.

Then “95,” which was released as the previous single, is more firmly looking back. In this one, he says straight out “I want to be back in ’95.” Clearly, this was a fun and innocent time for him, and the song reflects that spirit. Of course, it’s difficult to hear a song about a specific year without thinking about what you yourself were doing that year. And for me, the summer of 1995 isn’t one I’d particularly want to revisit. Though it included a road trip (which I enjoyed), that summer also had a lot of deaths. That makes it hard for me to sing along, though there is certainly something catchy about this song. “And even when we cut our arms for those girls who came from Mars/Anyone can play guitar.”

The other track on this EP is “Loneliness (A Song For You And Me),” which was recorded specifically for this release. It too has a youthful feel, capturing those moments after a break-up when you feel completely alone and unloved, a feeling which is certainly exaggerated in one’s younger years, when everything seems so bloody important. Lines like these can only come from someone young: “I'm growing into this skin and no one will notice me/Hiding in my own world, nothing can touch me.” But the line “My only love has gone until I find another one” has an absurd and humorous truth to it, which I love. It’s like even within his brooding, this character can’t help but look to the future, to another girl.