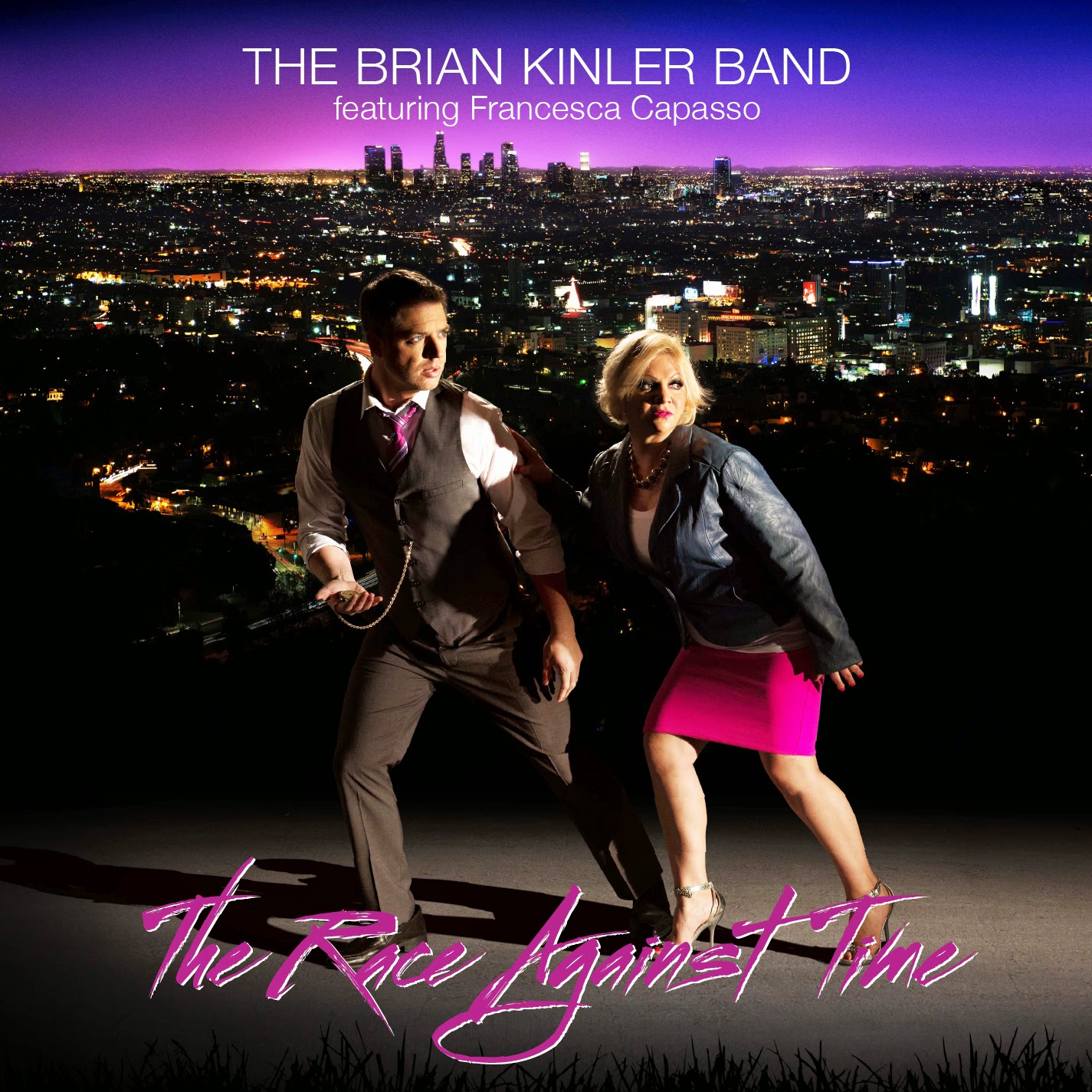 Jazz pianist Brian Kinler goes in a new direction with his new release, The Race Against Time. This album finds him in the realm of dance music on several tracks. There were hints of this direction in his previous release, Not Your Everyday Amateur, particularly in songs like “The Bean Tree” and “The Ecstasy Of St. Teresa.” Perhaps more surprising is the presence of vocals, a first on a Brian Kinler Band CD. Of course, he’s long had vocalists join him on stage during his concerts. And if you’ve seen him in concert in the last few years, you’ve heard the incredible vocal talent of Francesca Capasso, who provides vocals on many of this CD's tracks. As on his previous release, Brian Kinler plays keyboards on this album, playing the parts of several other instruments. I wouldn’t be surprised if I heard a couple of these tunes the next time I’m out on the dance floor at a club. But if you’re not into dance music, don’t worry, there are still some tracks that will appeal to you, including “Coldest Part Of You,” which he has performed at recent shows.

The album kicks off with “Bombshell,” a completely delicious dance tune that Brian Kinler co-wrote with Francesca Capasso, who provides some perfect vocals. Francesca first performed with The Brian Kinler Band in June of 2012, and immediately impressed the audience. Since then, she’s sung with him several times, and now adds her creative juices to the mix in the writing of this excellent tune. Her energy is fantastic, and I totally dig that sort of spoken word section: “Last night when I saw you in the bar, you were wearing those tight blue jeans/I knew I just had to touch you and make you all mine forever/Or at least for the next few minutes.” Though as much as I love her vocals, it’s that great instrumental bridge that really makes this tune something special. I fully expect to be dancing to this song soon at some of the West Hollywood clubs.

“Don’t Need Your Love” has a good dance vibe as well, but begins as a moodier piece. That mood is allowed to sink it and grab hold before Francesca comes in on vocals more than a minute into the song. “You said you’d never mess me up/But you did just that.” And the song builds from there, and is actually really catchy. Francesca acts as her own back-up singer on the chorus, and those are some of my favorite moments of this track. And I love the way she delivers the final lines.

“Clouds From Up Here” is an interesting track, for in some ways it takes us back to some of Brian’s earliest music, with vibes reminding me of some of the work on Two, while at the same time has a dance groove, with pop vocals by Francesca Capasso. Plus, it features Andrea Whitney on violin, and her presence is always appreciated.

“Racing Against Time” is a beautiful instrumental track which should appeal to longtime Brian Kinler fans. This song is full of passion and compassion, sadness and hope, and is one of the most moving pieces on this CD. It’s followed by another instrumental track, “The Calling,” which has a very different feel. While there is a strong emotional core to this song, its groove is that of an 1980s dance tune. I really like the somewhat quiet section dominated by percussion partway through (though I know it’s all provided by keyboard), leading to a brighter, fun groove which takes over. “Chateau” likewise has a strong dance beat, but with some beautiful work on keys over it.

“Look In Your Eyes” has something of a wonderful 1980s vibe, but opens up into a great modern dance tune. This one was co-written by Brian Kinler and Francesca Capasso. You just want to be Francesca’s toy when she sings, “Take me on your magic tour/And let’s not be discreet/I’ve got something special, you have what I need/Open up your mouth, boy/I have a lust to feed.” She really lets loose. This one should get you moving. “I’d Give Up Everything But You” also has an ‘80s thing happening, and is another to get you out on the dance floor. Here is a taste of the lyrics: “I have regrets/I don’t care about all of your threats/Somehow there’s absence in your heart/I’d give up everything but you.” If the clubs don’t play this one, then you’ll just have to turn your home into a club and turn this track up and dance the night away. It’s such a great tune.

“Coldest Part Of You” is one that will be familiar to fans, as it’s one Brian has performed in concert. This gorgeous rendition features vocals (but no lyrics) by Francesca Capasso, and some tremendously beautiful and moving work on violin by Andrea Whitney. This is one of my personal favorites. The album then concludes with “The Lost City,” an excellent instrumental track. I’m particularly fond of this one once it kicks in, around the minute and a half mark. That section just has me smiling every time I listen to it, and the end is so joyful, making this track another highlight for me.

CD Track List
The Race Against Time was produced by Andre Mayeux and Brian Kinler, and was released on March 10, 2015. By the way, the cover is a nod to the poster for the 1985 film Into The Night, starring Jeff Goldblum and Michelle Pfeiffer. This totally fits with the sound and vibes of this album, with a strong 1980s influence heard on many of the tracks.
Posted by Michael Doherty at 5:42 PM