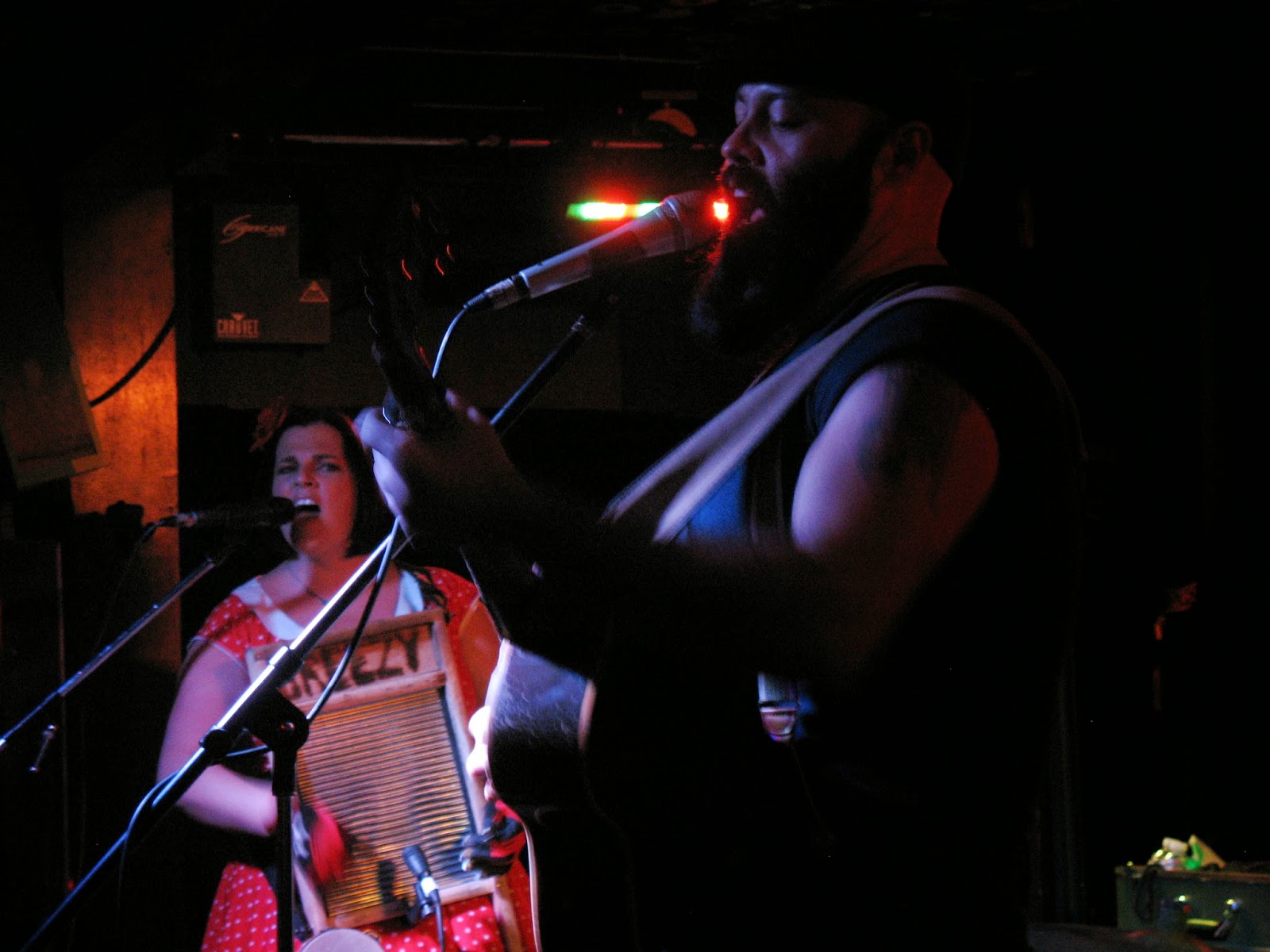 Last night I caught a set by The Reverend Peyton’s Big Damn Band at The Mint in Los Angeles. It was my first time seeing them, and I was hooked almost immediately. There was a good, enthusiastic crowd for the show, and most of them seemed to already be quite familiar with the tunes. The group focused their set on the new album, So Delicious, which was released in February, playing “Raise A Little Hell,” “Let’s Jump A Train,” “Hell Naw” (one of my personal favorites), “Front Porch Trained” and “Pot Roast And Kisses,” among others. (Rev. Peyton says “Pot Roast And Kisses” is his favorite track from the new CD.)

These guys have a tremendous amount of energy, and a sound that is immediate, powerful, delicious and full – and with just three people, and one is on a fucking washboard (and totally rocking it – yeah, somehow she makes a washboard a sexy instrument – maybe it’s the red boots she was wearing). But yes, it’s a big damn band, with a pounding you feel in your chest and throughout your body. This is a group that gets the audience dancing. And during “Clap Your Hands,” when they sang, “Scream out loud,” the crowd complied every time. I really liked “Scream At The Night,” which they introduced as “probably the angriest song on the new album.” They also did a fun rendition of “You Can’t Judge A Book By Looking At The Cover,” a song which will be included on a special 7-inch to be released on Record Store Day next month.

The encore was “Two Bottles Of Wine.” The audience called out for it, but Reverend Peyton made them work for it first. Worth it, for sure. 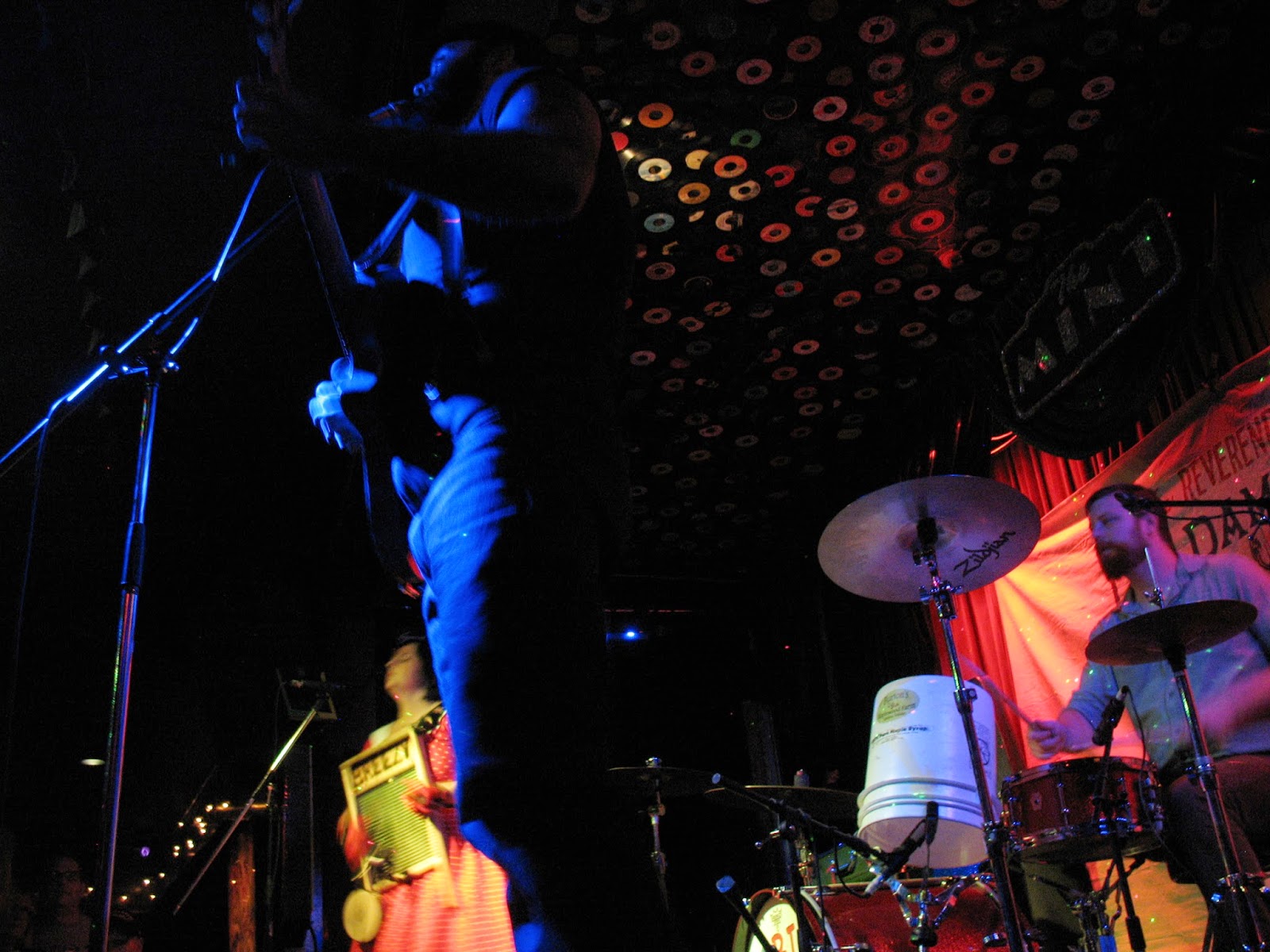 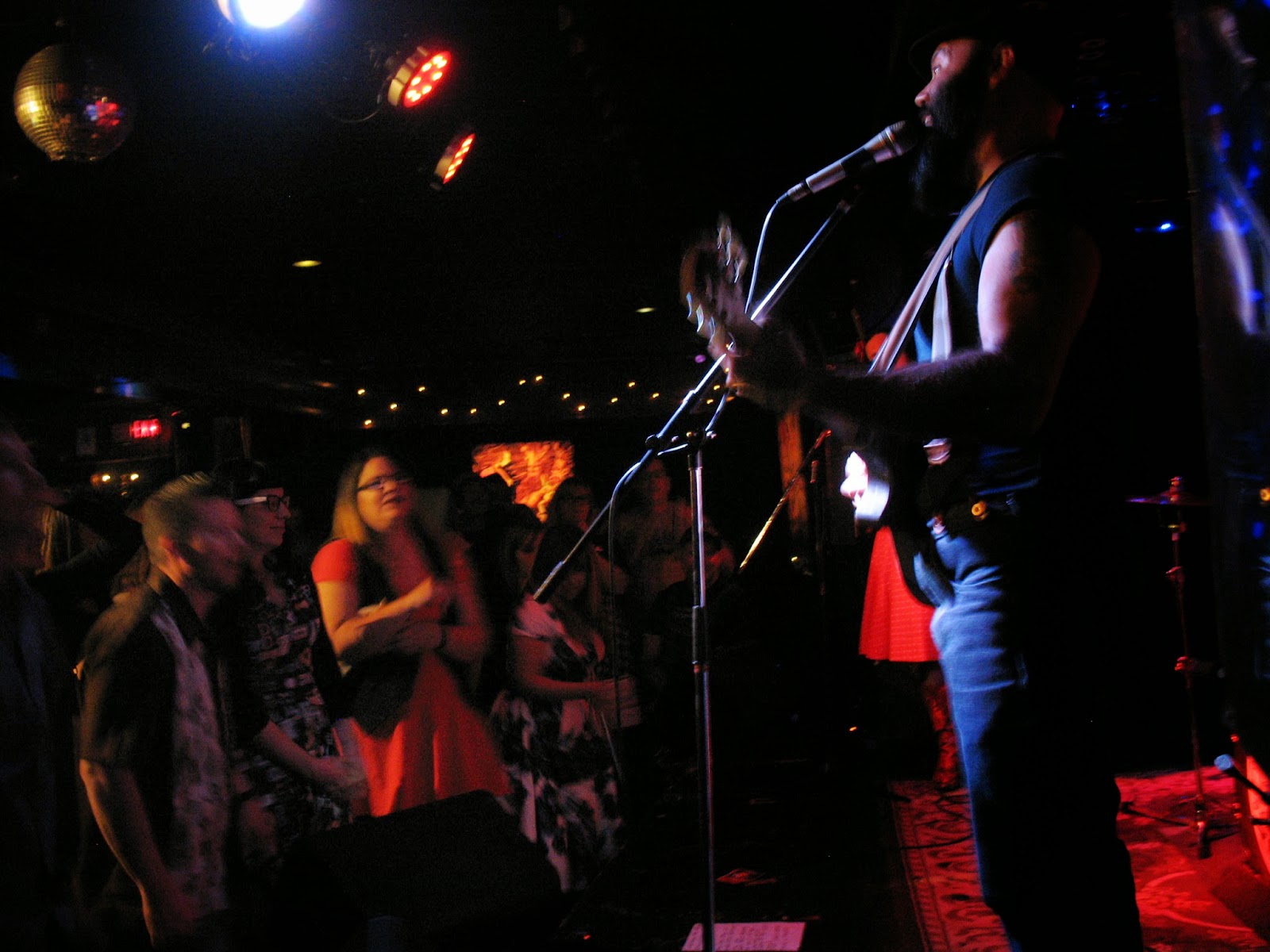 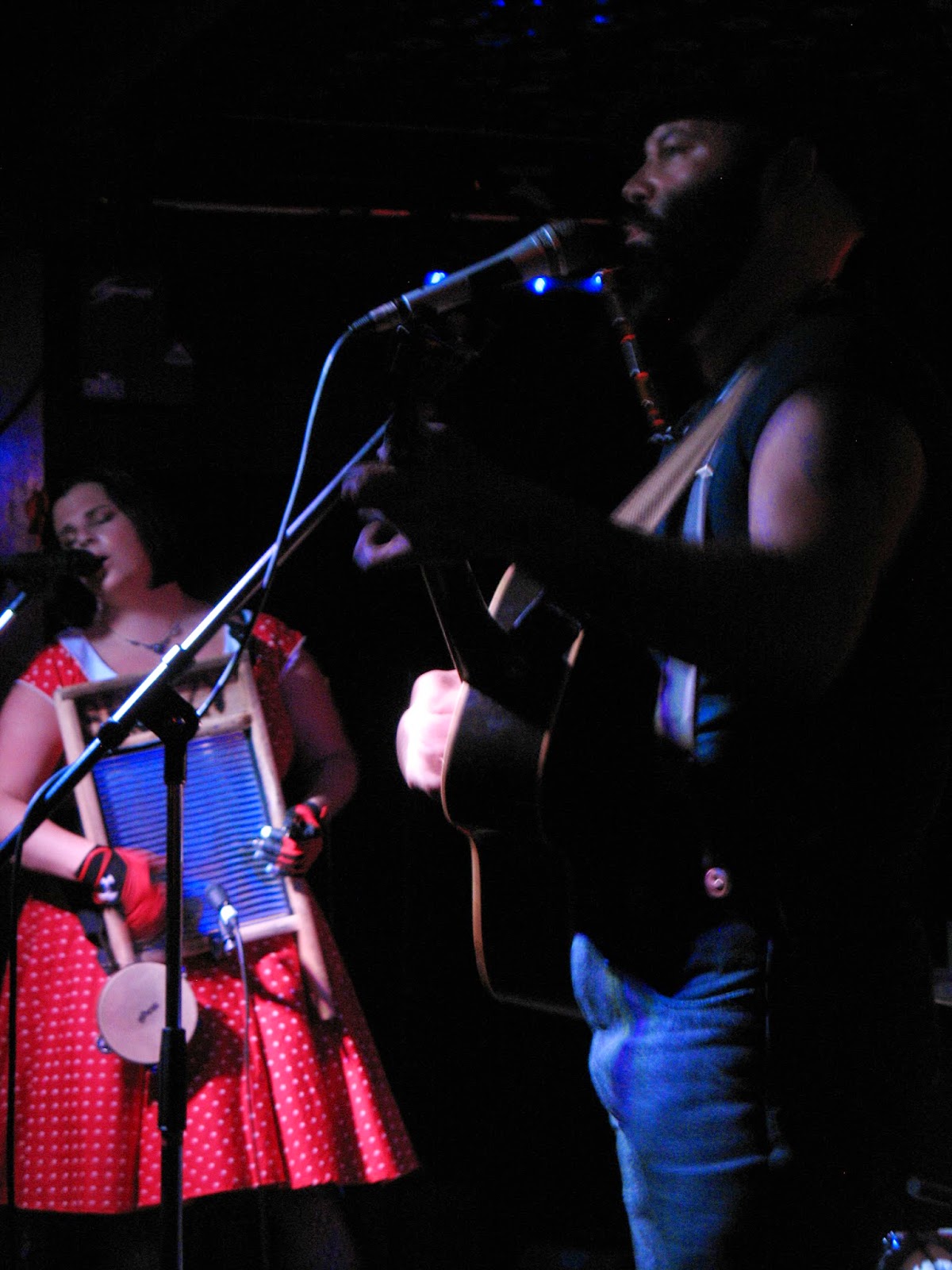 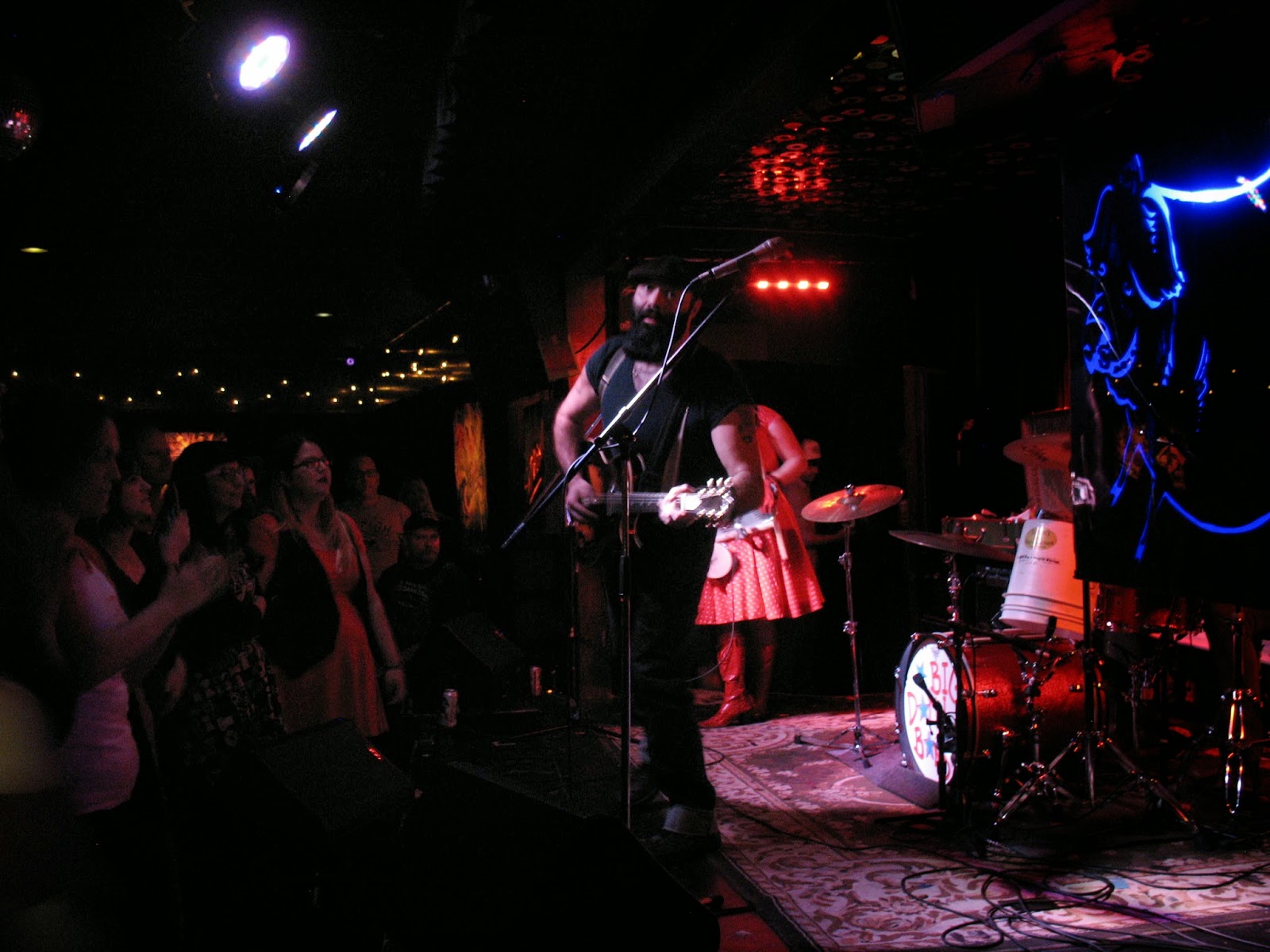 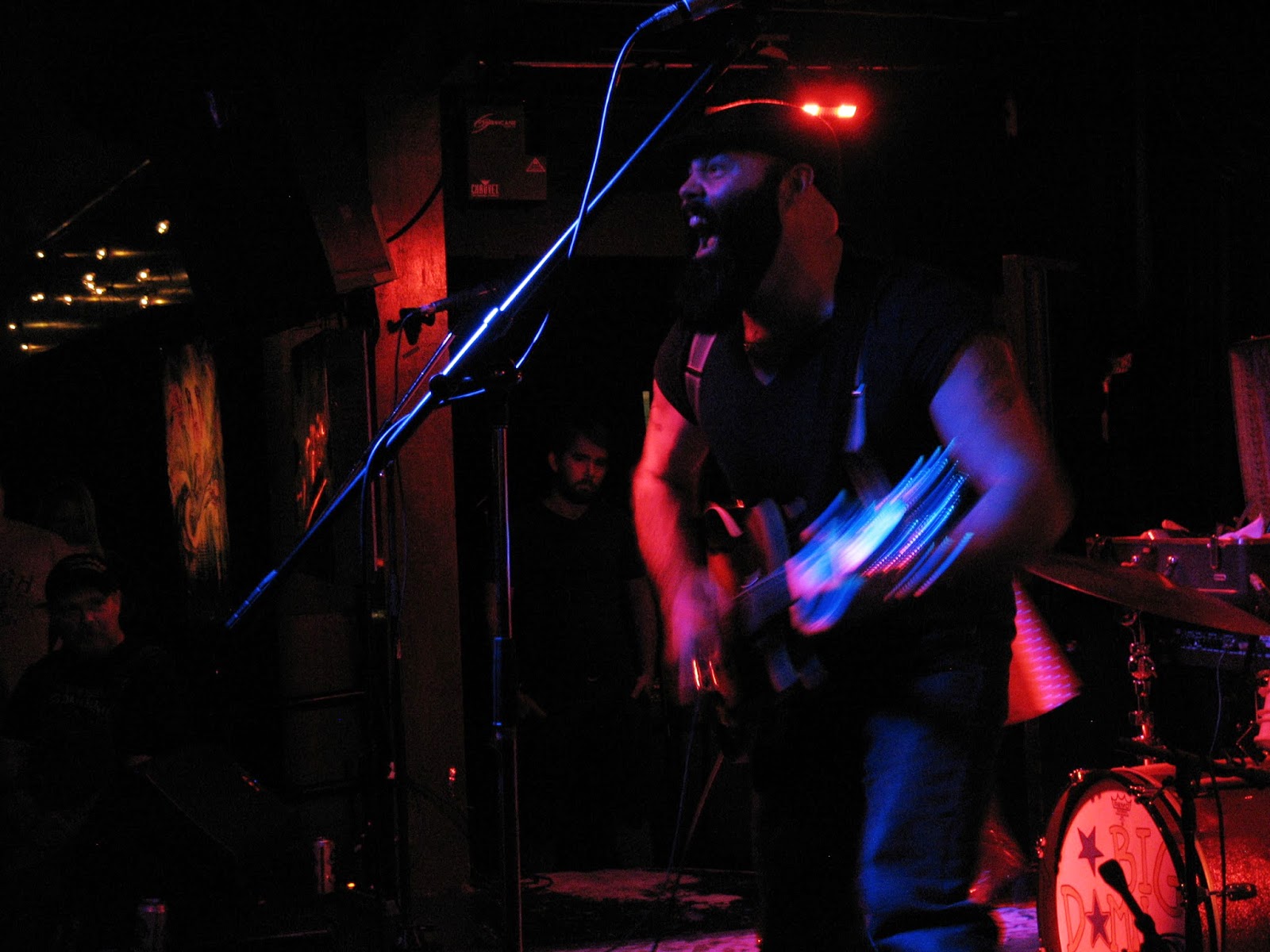 Tonight you can catch them in Las Vegas. And on April 1st they will be in Salt Lake City.

The Mint is located at 6010 West Pico Blvd. in Los Angeles, California.
Posted by Michael Doherty at 2:05 PM