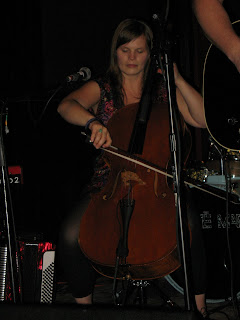 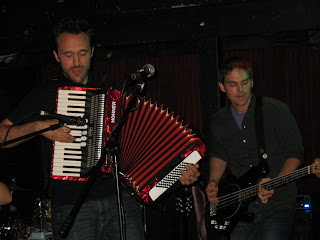 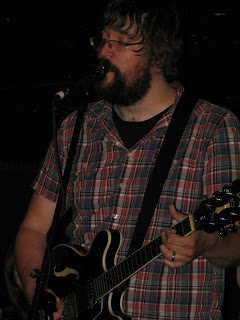 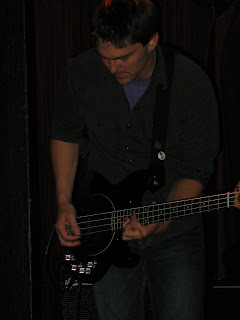 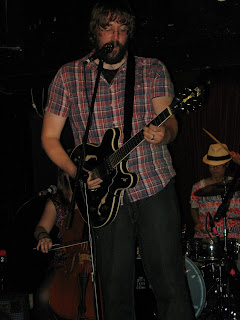 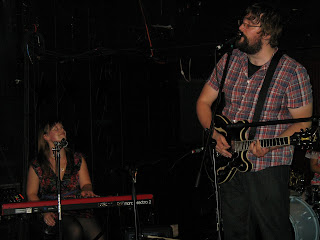 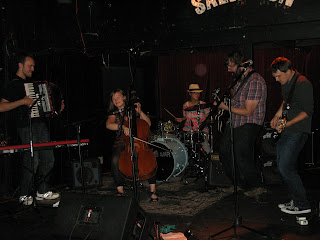 In September of 2009 I caught a set by The Grownup Noise at TT The Bear's in Boston. They opened for Kay Hanley, and they immediately won me over. I'm a sucker for cello, so they had that going for them right away. But it was their songwriting that really impressed me. Then when they came out to L.A. in August of 2010 I made a point of seeing their show. On that tour, Katie (the cellist) was not with them. Neither was Aine, their current drummer - their original drummer was filling in. Likewise, another keyboardist filled in. And the show was still phenomenal. Now on their current tour, they have their full lineup, and last night's show at The Silverlake Lounge was excellent. I can't say enough about this band. Each show has been better than the last. I love this band. Love them.

And the word is starting to get around. There was a good crowd, and on a Monday in Los Angeles (that's saying something). I asked some folks before the show which band they were there to see (because of course there were like five bands on the bill), and they all said The Grownup Noise. And none of them had seen the band before. So I highly recommend seeing this band as soon as you can, before everyone else catches on, and they start playing large venues. And if there is any justice in the universe, any sense to things, this band will make it, will start playing large venues.

The sound at the Silverlake Lounge wasn't as good as it was at Room 5 (the last venue they played in L.A..), but it was good enough. All the lyrics were clear, and that's important with this band. These guys write good songs - songs you want to pay attention to, lyrics you want to hear. Most of the songs in their eight-song set list were from their newest CD, This Time With Feeling, which was released earlier this year (and is one of my favorite albums of 2011). But there was also some new material. It's always a pleasure to hear new stuff from this band. They never disappoint.

Paul took over on keyboard on "The Artist Type" and "The Same The Same." Todd played accordion on those songs. Between the two songs, Paul said the band had been on the road approximately ten days and "so we're just starting to lose reality." Their tour takes them through San Francisco and Sacramento next.

"The Fight Against Paranoia" is a new song. Paul said, "It goes out to everyone's personal demons." Todd played both accordion and keyboard on this one. The song has a strange, dissonant section in the middle that I absolutely loved.

Katie stepped away from her cello and played keyboard on "Carnival," probably my favorite tune from their new album. It's a fun, joyous song, with some wonderful rhythmic playing on guitar.

They closed their set with the wonderful "Outside," from the band's Shall We? EP. This is the song that features that great line, "You're breaking in, but you're bringing the sunshine with you." They played a nice long version of the song last night. After that song, some folks called out for an encore, but the venue turned on the house music; after all, there were several more bands to go, so they had to keep on schedule.

Posted by Michael Doherty at 2:02 PM