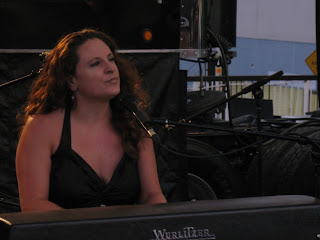 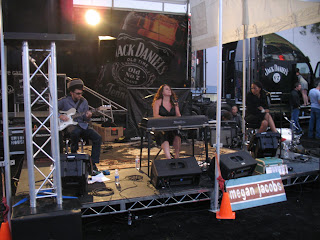 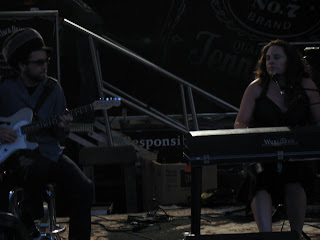 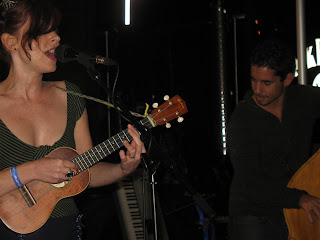 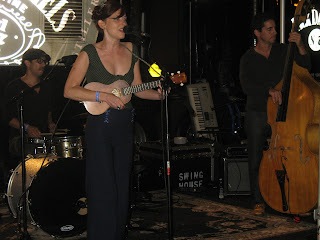 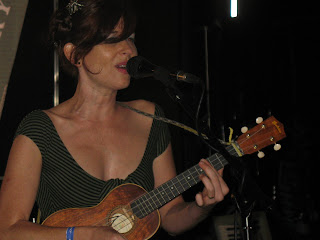 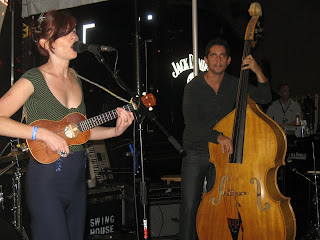 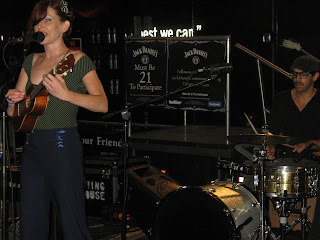 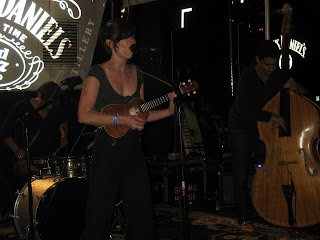 The Peak Show was one of the best bands ever. No question. Since they disbanded in 2004 I've followed each band member's subsequent projects. And these guys continue to write fantastic songs and put on excellent shows. They never disappoint.

Two of the band members - keyboardist Megan Jacobs and lead singer Holland Greco (the two goddesses of The Peak Show) - performed tonight at The Jack Daniel's Experience Outdoor Stage as part of the Sunset Strip Music Festival. They each now perform in a trio.

Megan Jacobs' Set List
Megan dedicated "All I Ask" to Holland, saying she wrote the song when she visited Holland in New York.

Holland Greco's Set List
Before Holland took the stage, Michael Papillo and Princess Frank did a little impromptu number on bass and drums. "Speedway" also had a really cool bass and drums intro.

The shows tonight at the Jack Daniel's stage were free. The Sunset Strip Music Festival continues tomorrow, but there is a cover.

Posted by Michael Doherty at 11:39 PM