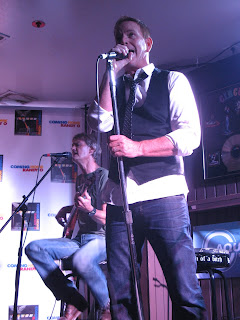 Randy O, lead singer of rock band Odin, celebrated the release of his solo album Coming Home last night at Rainbow Bar And Grill on the Sunset Strip in West Hollywood. Before the album played, Amber Lynn introduced Randy, who then spoke of how the album was something he’d been wanting to do for twenty years, a “bucket list thing.” The event was something of a family affair too, with Randy’s wife, son, daughter and mother all in attendance. His son presented him with a plaque commemorating the album’s release. His daughter is responsible for the cool artwork on the album’s cover. The music itself is really good, some of the tracks sounding like that great timeless rock and roll I always associate with summer. It is different from what you know of Odin, though that vocal power remains a key component and draw. After the album played, Randy O did a short three-song set, and was joined by Odin band mate Aaron Samson on bass. The first song, appropriately enough, was titled “I’m Changing.” Randy O followed that with “Pop’s Song,” which interestingly is a re-working of “Lonely Man,” a song from the Lostboys album, Lost And Found. He then wrapped up the set with “Black & White Don’t Matter,” one of my personal favorites from the new album.

Here are some photos from the night: 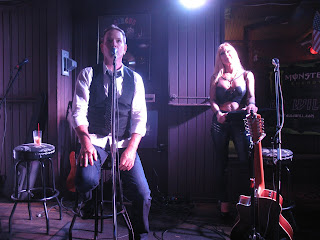 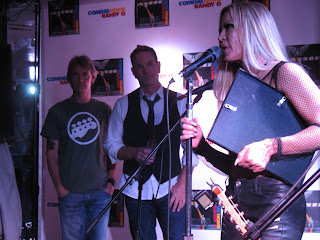 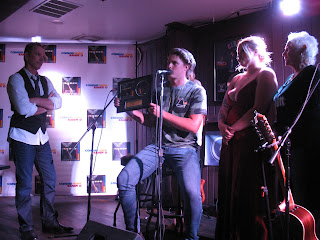 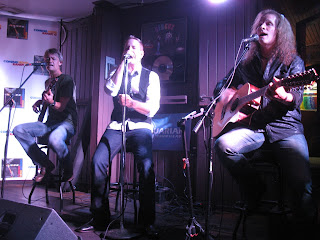 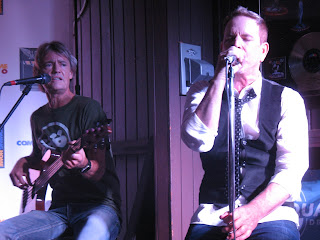 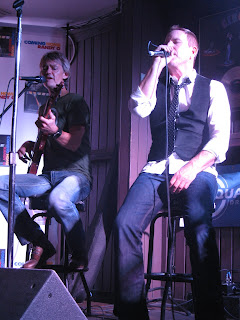 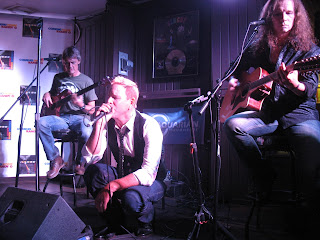 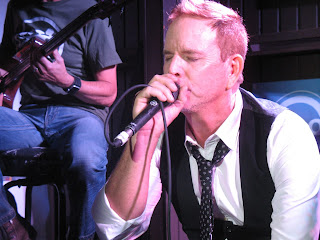 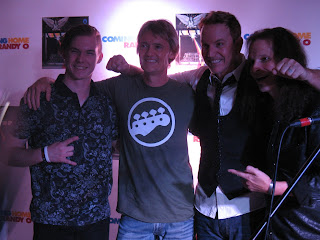 Rainbow Bar And Grill is located at 9015 Sunset Blvd., in West Hollywood, California.
Posted by Michael Doherty at 11:11 AM