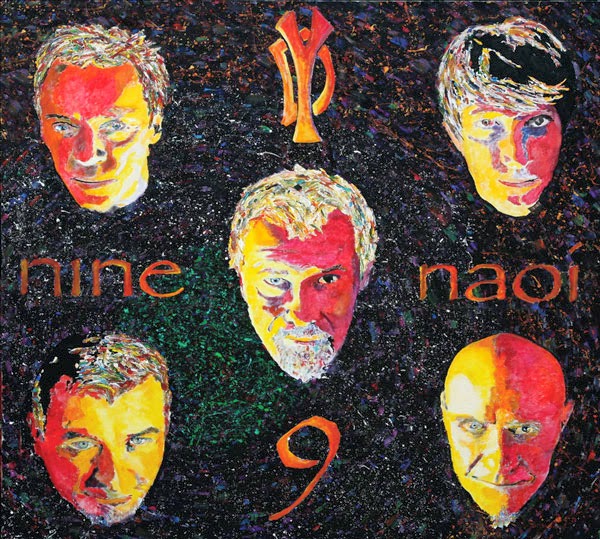 I’ve long been a fan of the Young Dubliners. They always put on a great show, always get the crowd dancing. And that vibe fortunately translates well to their studio releases. There are plenty of tracks on their new release, Nine – 9 –  Naoi, to get you off your seat. There is a tremendous amount of energy on this CD. Though the main draw might be the energy, this album has some good lyrics, like these lines from “Up In The Air”: “When you’ve nothing left to say/But you’re talking anyway/When it all becomes a blur/You still remember her.” These are all original tunes, but that doesn’t mean there aren’t traditional sounds here. This album is the first to be released on the band’s own label, YD Records, and was made with funds contributed by fans.

Nine gets off to a great start with an upbeat fun rock tune, “We The Mighty.” The energy is seriously high. And of course there’s at least one reference to drinking: “Raise a glass to the future and the past.” They also sing, “There’ll be no shamrocks and there’ll be no four-leaf clovers/It’s just a party and we’re only getting started.” Indeed!

There are more bright sounds on the pop tune “Say Anything.” I particularly like the steady beat and the way the vocals play over it on lines like “Don’t wait around for anyone/You’re holding all the keys.” And “Yeah, you got a right” is punctuated with percussion, making that line stand out. And then like a 1980s pop song, there is a short section with just drums and vocals.

“Rain” is on the sweeter, prettier side, showing the band can tackle these types of songs just as well as they do the dance numbers. In fact, this is one of the album’s strongest tracks. Here is a taste of the lyrics: “Can’t stay forever, you have to move on/Don’t say goodbye, just so long.”

For me, things really get going with “Seeds Of Sorrow.” It’s one of those great Irish dance songs, with vocals that sound like an anthem on the chorus – “Throw away the seeds of sorrow/Far away, sow no more/Gone today, and still tomorrow/Love will follow, cross my heart” – lyrics you can shout out from the floor or your bar stool, wherever you happen to be. I absolutely love this track. It’s one of my favorites.

I always feel an Irish album is lacking something essential if it doesn’t have at least one kick-ass instrumental tune. And on this album, that song is “Abhainn Mór.” This is another of my favorite tracks. And again it’s one to get you moving, get you smiling. Forget any and all troubles, and turn this one up.

The album ends with a surprisingly gorgeous song, “Only You & Me,” dominated by a sweet-sounding piano and vocals. This song has moments of powerful beauty. "And her eyes were almost shining/As I said to myself that life begins today."

Young Dubliners are Dave Ingraham on vocals, drums, and percussion; Bob Boulding on vocals, guitar, banjo, mandolin and lap steel guitar; Keith Roberts on vocals and acoustic guitar; Brendan Holmes on vocals and bass; and Chas Waltz on vocals, violin and piano. Joining them on this release is Eric Rigler on uilean pipes and whistles.

(Note: I also posted this review on Pop Culture Beast.)
Posted by Michael Doherty at 2:51 PM