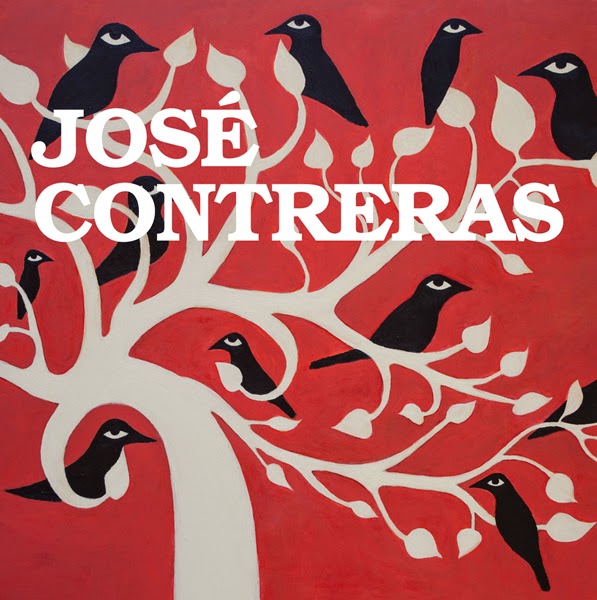 José Contreras is known for his work with By Divine Right, a Canadian rock band. He’s a founding member, lead vocalist and guitarist for that band. He is now releasing his first solo album, a self-titled effort featuring material that he’s written or co-written, though all songs on this CD were earlier recorded by By Divine Right. The renditions on this CD have a vulnerable, unpolished sound. This is a quiet album of loneliness, longing, and distance, and it is without artifice. The album is basically José Contreras on lead vocals, guitar and piano, joined only by some other vocalists on a couple of tracks.

The CD opens with “Listen To My Angels,” in which José Contreras sings, “Nothing is the same now” and in the next breath he rethinks that, saying, “Important things don’t change.” He is in such a fragile place, and is trying to work through. That’s the sense you get, because even though he repeats those thoughts, the second time through there is more strength in his voice. This song was originally released on the By Divine Right album Sweet Confusion. The version here is much different in tone, pace and style.

He follows “Listen To My Angels” with “Angels.” The last line of the first song has the word “angels,” and interestingly the second song’s first line, “Hello, angels,” also uses that word. The image of angels is one that José Contreras uses again in “Silver Thread” in the line “Angels whisper in my ear.” Here is a taste of the lyrics of “Angels”: “So lonely without you about/You, I want to be with you/I want to be with you/Keep you in my heart.” Toward the end he repeats, “I got you in my heart,” as if he’s trying to hold on, and can do so only by repeating that he is. “Angels” was originally included on the By Divine Right album Good Morning Beautiful.

“Psychic Radio” begins with the line, “I dream of you, because you’re not there.” It’s another song of absence and longing, but this time with a second set of vocals, off-setting that sense of loneliness. That’s Lee Maslin, who also produced this album, on vocals. This version feels quite different from the version on By Divine Right’s Hybrid TV Genii.

“She Knows” is kind of a sweeter song, sounding almost like something from Donovan. “But he thinks that it’s luck/And she knows that it’s fate/She knows everything.” The original version can be found on All Hail Discordia. He follows that with another pretty tune, "I Want Light," a song originally on By Divine Right's Bless This Mess.

CD Track List
José Contreras is scheduled to be released on July 8, 2014 on Squirtgun Records.

Posted by Michael Doherty at 3:20 PM