Red Wanting Blue did a really good set this morning, opening for Dave Alvin And Phil Alvin at The Federal Bar in North Hollywood, as part of the Mimosa Music Series. This is a band I hadn’t heard before, but which I basically instantly liked. They’re a five-piece band from Columbus, Ohio, and have been around for nearly two decades. How hadn’t I heard of them before? No idea.

They took the stage at 11:45 a.m., and kicked off their set with “Walking Shoes” from their 2012 release, From The Vanishing Point, introducing it as a song about being in a band. And yes, the line “train going choo-choo” is a bit goofy, but the song has such a good feel, and the band is immediately likeable. They followed that with a mellower tune, “Spies And Lovers.”

Red Wanting Blue has a new album out, titled Little America, and they played a few songs from it, starting with “Keep Love Alive.” The line that stood out for me was “We are monsters when we don’t get our way.” Before the song, the band talked about how they’re not used to playing for people who are seated. In introducing the album’s title track, lead singers Scott Terry said, “This is a song about being from the middle.” They also played “You Are My Las Vegas” from the new CD. Scott said, in the song’s introduction: “This is a happy song. This is a love song.”

They ended their set with “Finger In The Air.” “We’ll leave it to you to determine which finger,” Scott said before the band began the tune. I like these lines: “Everybody said, ‘It ain't gonna be easy’/Nobody said, ‘Kid, it's gonna get hard.’"

The Federal Bar is located at 5303 Lankershim Blvd., in North Hollywood. 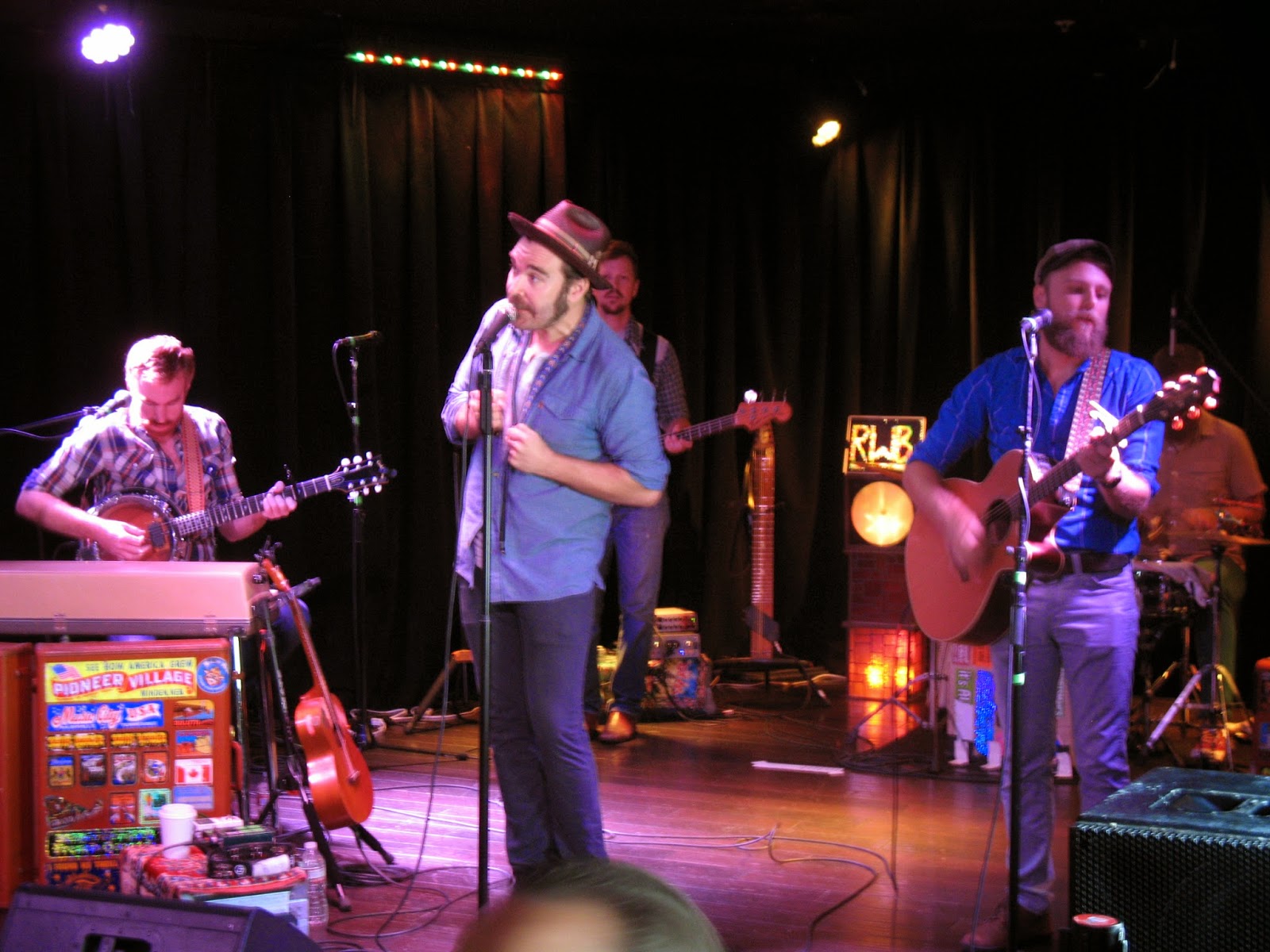 Posted by Michael Doherty at 4:48 PM