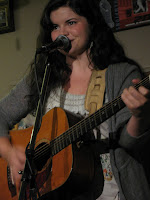 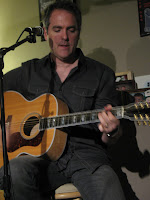 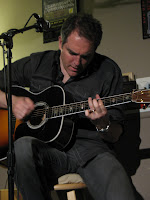 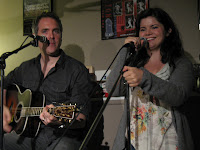 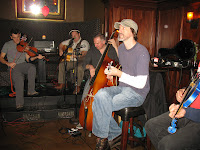 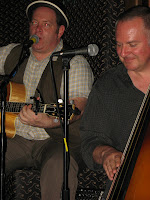 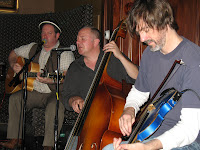 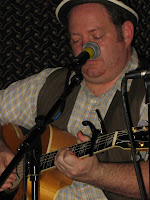 I just got back from my trip to Boston.  Each time I go, I make sure that I catch at least a few concerts.  This time I was a bit bummed to miss The Grownup Noise in Somerville (though word is they'll be heading west for a series of shows later this year).  But I did get in three excellent nights of music...

Thursday, May 31st: Two very good friends and I went to Toad, a venue I love in Porter Square. I've been there many times before. This night we caught two bands. Melvern Taylor And His Fabulous Meltones did two totally fun sets to start the night.  I had seen Melvern Taylor perform at Toad once before, a few years ago, so I knew he was good.  The second band was one that was totally new to me.  Faces For Radio.  Electric mandolin, banjo, electric bass, drums and accordion.  They did a really good version of "Pig In A Pen" (a song I learned as a teenager from the Old & In The Way album).  They definitely had a bit of a jam thing going on, which I appreciated.  I'm hoping to catch these guys again the next time I'm in Boston.

Friday, June 1st: My brother hosts a series of house concerts in Billerica (which is a bit northwest of Boston).  This time he had Flynn, an excellent singer/songwriter who doesn't perform that much these days, at least not on his own (he still sits in with Ellis Paul on a somewhat regular basis).  Opening for Flynn was Rebecca Loebe, whom I'd not seen before.  I totally dug her set, which focused on songs from her most recent release, Mystery Prize.  Flynn put on an excellent show, as always.  He played a lot of my favorites, including "An American Wake," "As I Roved Out" and (of course) "White." He also did "Road Trip," a song from Ellis Paul's first children's album.  He performed that one because of the children in the audience (one of whom was his own daughter). During the encore, Flynn asked Rebecca if she wanted to join him for a song. She suggested "Let It Be," as each of them had performed the song with Ellis Paul.  But they quickly realized that neither actually knew the song. They gave it a go anyway, and were helped by an audience member who pulled the lyrics up on her phone.

Saturday, June 2nd: Whenever I'm in Boston, I try to get to at least one show by Josh Lederman.  Josh Lederman Y Los Diablos were one of my all-time favorite bands. They used to do New Year's Eve shows at Tir Na Nog that were among the most fun concerts I've ever attended.  Josh's new band, Josh Lederman & The CSARS, is completely fucking great too.  The name is short for Cambridge/Somerville All Stars, and as you might imagine, the band features a lot of excellent musicians.  What's interesting is that the band is different each time, depending on which musicians are available.  So sometimes there is a horn section; other times they're closer to bluegrass.  The band on the evening of June 2nd featured (in addition to Josh Lederman on vocals and acoustic guitar) two fiddles, stand-up bass, mandolin and accordion.  Also, a female vocalist joined them for a few songs. Josh did two sets, and included "Listen To That Train Whistle Blow," a tune from the Los Diablos days (one featured on The Town's Old Fair, one of my favorite albums).  The encore was the Rolling Stones' "Dead Flowers," a song that Melvern Taylor also covered.


Posted by Michael Doherty at 2:15 PM