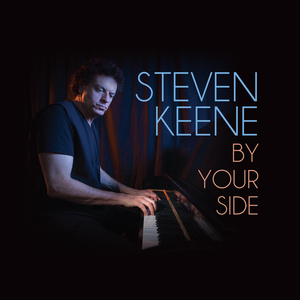 Steven Keene is a talented singer and songwriter based in New York. He’s been performing and recording since the early 1990s, putting out albums like No Alternative with material that focuses on the craft of storytelling, certainly one of his strengths. He is soon to release an EP titled It Is What It Is, but is first releasing the tracks as singles. The latest single to be released is “By Your Side,” which he wrote. Joining him on this track are Rich Scannella on drums, Joseph Chiarolanza on bass, Matt O’Ree on guitar, Joseph Napolitano on pedal steel, Arne Wendt on keys, and Layonne Holmes on backing vocals.

“By Your Side” is a beautiful and moving song of lost love. In it, he addresses the person directly in lines like “Didn’t I give all I had to give/Didn’t I love all I could love/And wasn’t I always there by your side?” Steven gives an excellent vocal performance here, the heartache and confusion and longing all present, as he struggles to understand and come to terms with the loss. It is so effective, that his ache becomes our own. This song manages to get inside us, largely because of his vocals, but also because of the work on keys. “And you – is it the same for you/Or have you found someone new?”